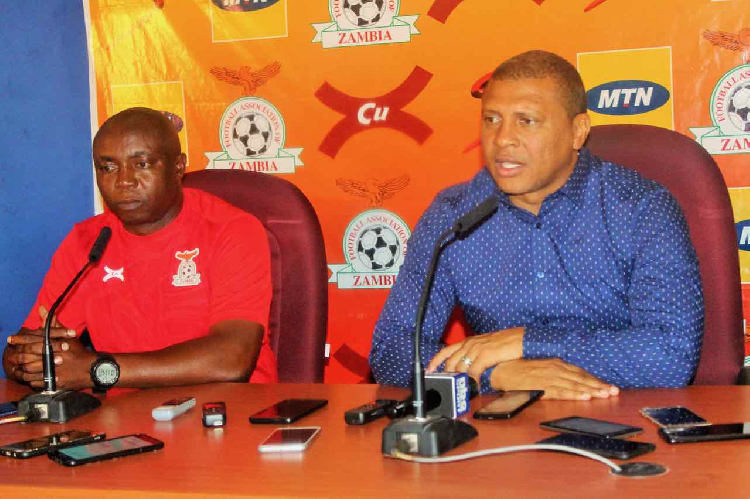 Namibia coach Ricardo Mannetti has named his final 23-man squad for 2019 Africa Cup of Nations finals in Egypt leaving out some of the key players who were tipped to excel for the country in the continent's flagship competition.

The South Africa country have been tipped by online betting experts to be the underdogs of the tournament but they showed their worth by defeating Ghana in a friendly on Sunday.

He explained that tactics, conditioning, performance and attitude during the last two weeks were key points in settling on his final squad.

''Those are the pillars of our decision. Also the inclusion of Ryan Nyambe at the back, his versatility is key for the changes at the back,'' Mannetti is quoted as saying.

''We feel this team has the right energy, they fit us right for the tactics to be used and they will represent Namibia to the best of their abilities.

"These are the right players with the right work ethic and harmony.''

The Brave Warriors are in Group D and will play Morocco on 23 June before taking on South Africa on 28 June, both at Al Salam Stadium.

Their final match will be on 1 July, 2019 against giants Ivory Coast at Cairo International Stadium.

Ghana have played two friendlies during their stay in their training camp in the United Arab Emirates, most recently Saturday evening’s 0-0 draw against South Africa at the Dubai Police Officers Club Stadium.

The Black Stars, four-time continental champions, who last lifted the title in 1982, have spent the two weeks in the UAE as they look to halt a 37-year wait when the tournament kicks off in Egypt next week.

Despite being stripped of the captaincy, Asamoah Gyan, Ghana's all-time leading goalscorer, remains the Black Stars most dangerous player ahead of the start of the continent's top-flight competition

The attacker who formerly played in the UAE says the team are good to go for the upcoming 2019 Africa Cup of Nations following an intensive training camp in Dubai this month.

“We are ready,” the former Al Ain frontman told reporters after Saturday’s draw. “We’ve been working so hard in the past 10 days – the weather is also not helping – but we are still fighting. We are pushing harder and harder.

“We have done well. Training has not been easy: we have gone through some drills behind the scenes that the camera didn’t capture, so we know the kind of training we have done.

“The tournament itself is a different ball-game altogether, but we are happy there is no injury in the camp. We will be going to Egypt with all the players ready for the tournament.”

Ghana have been drawn in Group F at the Africa Cup of Nations (Afcon) alongside Cameroon, Benin and Guinea-Bissau.

They begin their latest quest for a fifth crown on June 25 against Benin in Ismailia.