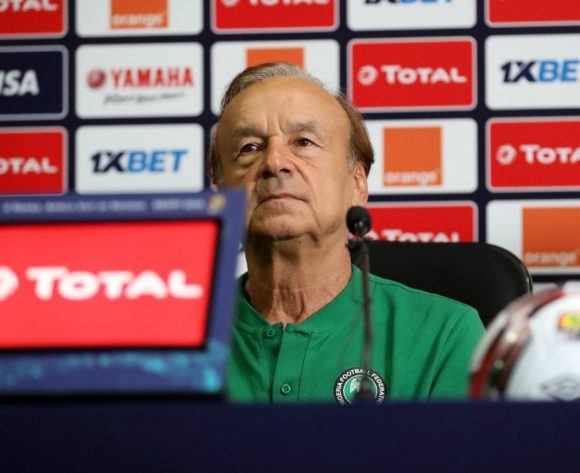 Nigeria manager Gernot Rohr says his team took their foot off the throttle in anticipation of extra time in their 2019 Africa Cup of Nation semifinal against Algeria last night.

The score was locked at 1-1 at the end of the regulation 90 minutes and seemingly headed for an extra half hour, but the Fennec Foxes struck in the fifth minute of added time through a brilliant free kick from Riyad Mahrez, securing a 2-1 win and a place in Friday’s final.

Earlier, an own goal from William Troost-Ekong had put the North Africans ahead, only for the Super Eagles to strike back via an Odion Ighalo penalty (awarded through VAR).

“It was a big fight until the last minute, it was a wonderful match, I think my players wanted it to go to extra time thinking Algeria were more tired,” Rohr was quoted as saying by Reuters.

“We scored an own goal, unlucky, but we have come back every time in this tournament and this time we came back on a penalty. But a wonderful free kick from a football genius made the difference.”

The Super Eagles will now face Tunisia in the third-place playoff in Cairo on Wednesday evening.