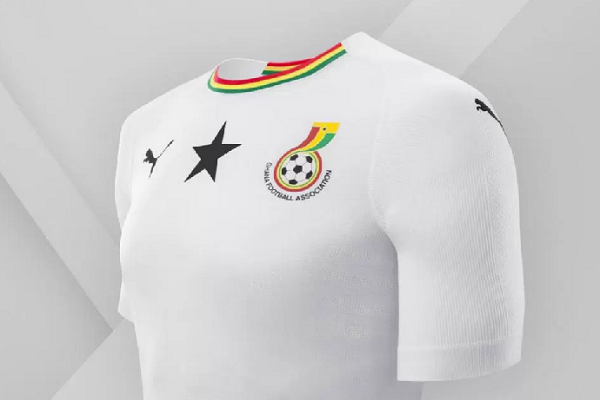 GHANAsoccernet can confirm that kit sponsors of the Black Stars, PUMA will not be able to produce a new design for the national team ahead of the 2019 Africa Cup of Nations to be staged in Egypt.

The Black Stars will be at the tournament without the proposed new design which was supposed to have the old stripes with the national colours.

Earlier reports had it that Sports Minister, Isaac Asiamah, had talks with the Ghana Football Association Normalisation Committee to ensure that Ghana reverts to their previous white, yellow and red jersey colour.

The reports further indicate that Samuel Osei Kuffour, who is a member of the Normalisation Committee had been tasked to ensure Puma gets Ghana a new design which bears the national colours.

GHANAsoccernet checks indicate that the renewal of the deal came at a time PUMA had already finished the production of it new set of designs and jerseys thus Ghana will have to use the all-white strips as it home jersey and the predominantly red strips as it away jersey at the tournament.

The PUMA contract with the Ghana Football Association had expired with negotiations to renew the contract taking a stall as the Dr Kofi Amoah committee were in search of a better deal.

With the details of the new contract unknown Dr Kofi Amoah confirmed to a local news paper that the German kit manufacturing giants are still kit sponsors of the various national teams.