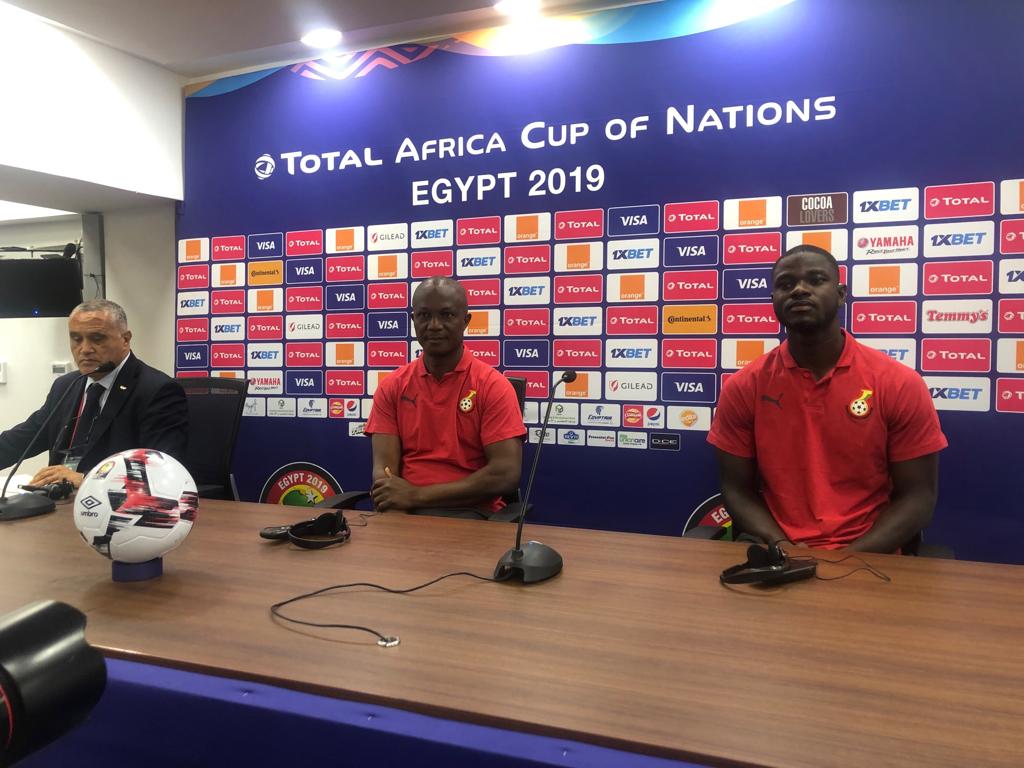 Ghana coach Kwesi Appiah has indicated that the presence of the Minister for Youth and Sports Isaac Asiamah at the camp of the team is enough motivation for his players ahead of their round of 16 game against Tunisia.

According to him, he was surprised the Sports Minister is still in Egypt at the camp of the Black Stars.

Ghanasoccernet.com understands that the Sector Minister has been tasked by the President Nana Akufo-Addo to oversee duties in Egypt concerning the supporters and the Black Stars.

“I was actually surprised when I heard the Minister was still here. It shows signs and support for the team. He has been here since our last game. Once the players see him, they see him as a father and it will be a booster for the players”, Appiah  said concerning motivation for his players ahead of the game.

“The players also know what is at stake and we will give our best performance tomorrow”, he concluded.