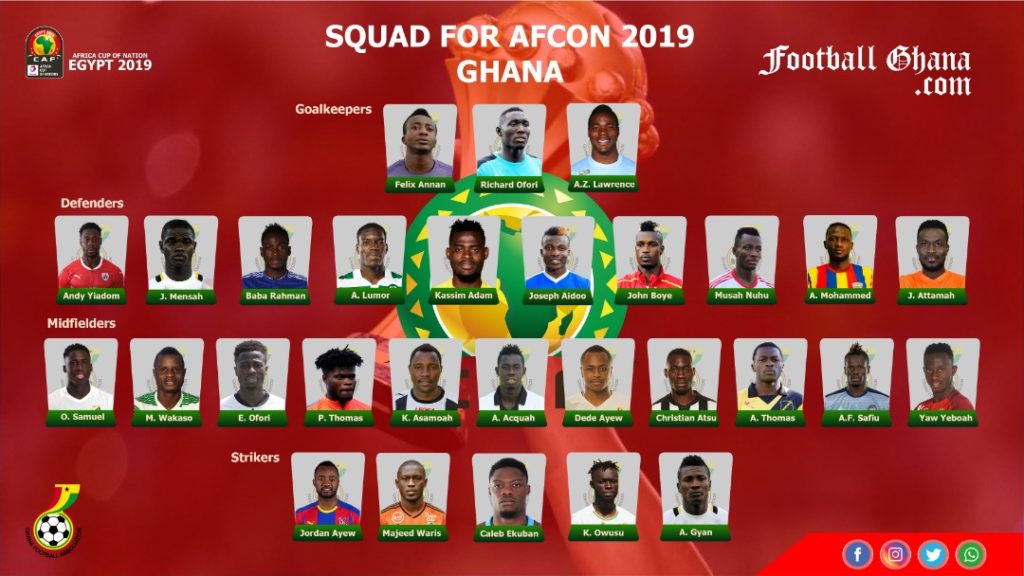 Ghana coach Kwesi Appiah has named three  local based players in his provisional squad for the upcoming  2019 Africa Cup of Nations to be staged in Egypt.

The trio- Mohammed Alhassan  (Hearts of Oak), Abdul Shafiu Fatawu and Felix Annan ( Asante Kotoko) made the 29-man provisional list which was announced on Wednesday.

Mohammed Alhassan has been impressive for Hearts in the ongoing Ghana Football Association Special Competition helping his side to qualify for the semis.

Abdul Fatawu has scored eight goals in the competition while Felix Annan has already justified his inclusion into the team with a series of consistent performances at his club.

Felix Annan has already had stints with the Black Stars during the qualifiers while Abdul Fatawu and Mohammed Alhassan have received their debut call-ups.

The team will depart Accra, on Saturday, June 1, for pre-tournament preparations in Dubai, ahead of the competition.

Of the 29 players, the final 23 will be named to represent Ghana at the tournament.