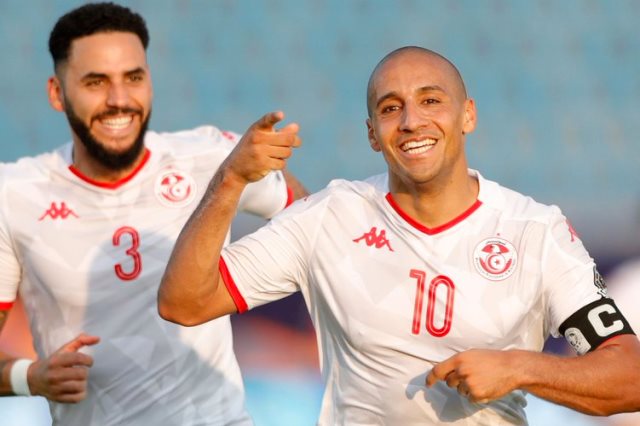 Tunisia are in danger of missing their key striker Wahbi Al Khazri for Monday's 2019 Africa Cup of Nations clash with Ghana as the France-based player is struggling with injury, Ghanasoccernet.com can exclusively reveal.

The Carthage Eagles player, who plays for French side Nantes, suffered a knee setback during their last group phase match but continued the game thinking it was a minor knock.

However he failed to turn up for the team's training on Thursday showing that the injury is much more serious than initially feared which has led to the team's medical team giving him urgent attention.

The Tunisian doctor confirmed that Khazri will not participate in his country's training before Saturday because of the immense pain from the knee injury.

The doctor said that Khazri suffered from a leg injury after facing Mauritania in the group phase, and after undergoing medical screening, he preferred to rest him from training until Saturday.

This means Tunisia is facing the danger of the absence of the influential player during the clash with Ghana, scheduled for 19:00 GMT on Monday at the Ismailia Stadium.

The Carthage Eagles qualified for the Round of 16 of the 2019 African Nations Cup after finishing second in Group E with 3 points, after drawing 1-1 in Mali, Angola 1-0 and Mauritania.