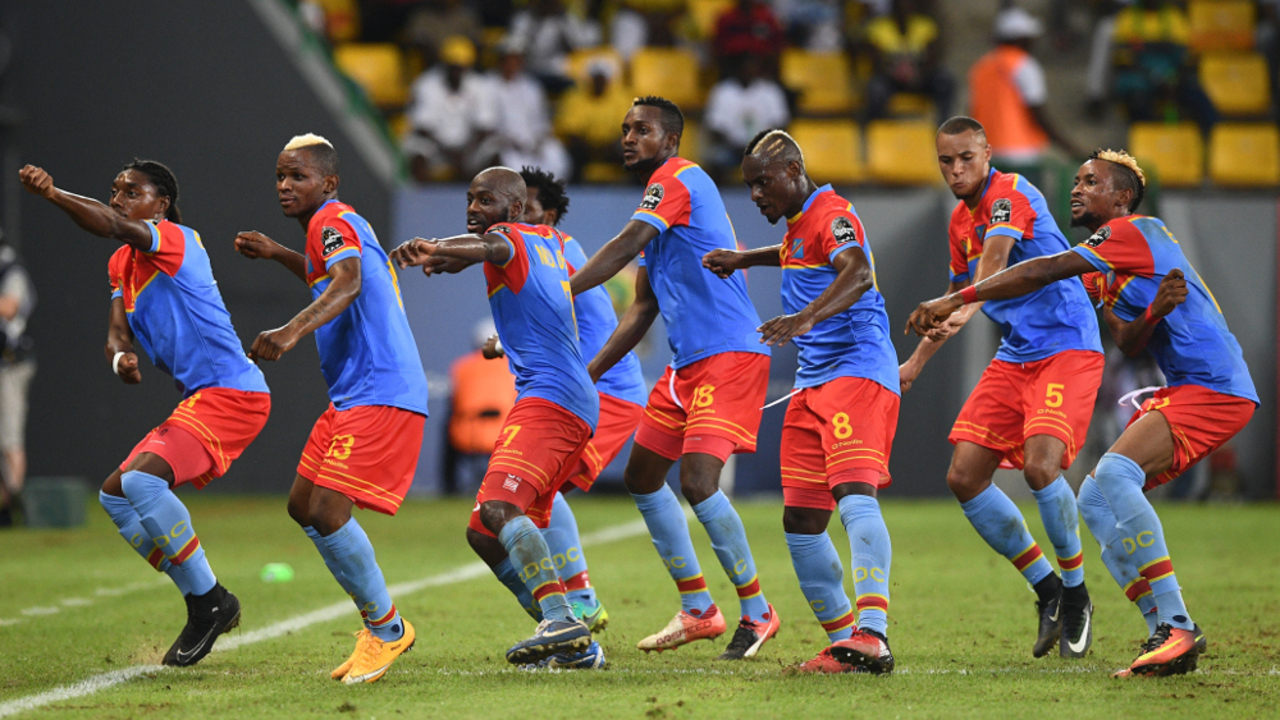 Democratic Republic of Cong players celebrate by dancing the fimbu following their third goal during the 2017 Africa Cup of Nations group C football match between Togo and DR Congo in Port-Gentil. (AFP)
Share

DR Congo coach Jean-Florent Ibenge Ikwange has announced on Tuesday a provisional list for this summer's Africa Cup of Nations set to be played in Egypt between 21 June to 19 July.

The list includes 32 players and will be trimmed to 23 players before the 11th of the next month.

Zamalek loanee Kabongo Kasongo features in the list despite his lack of playing time with his new side Al-Wahda (SaudI Arabia).

The striker joined the Saudi side last January in a six-month loan deal but a shoulder injury rendered him available for a long time.

He scored four goals in ten appearances with the Saudi side.

DR Congo - who won the title twice in 1968 and 1974 - will play in Group A alongside hosts Egypt, Uganda and Zimbabwe.