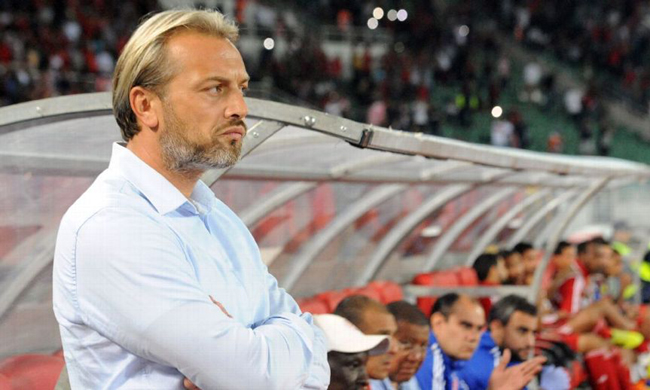 Uganda coach Sebastien Desabre says the Cranes will hatch a plan to neutralize Egypt's talisman Mohamed Salah in Group A of the 2019 Africa Cup of Nations.

Salah has had a remarkable season abroad with Liverpool in the English Premier League and scored as the Reds beat Tottenham Hotspur 2-0 to win the UEFA Champions League in Madrid.

Ahead of their 30 June showdown in the final Group match, the Frenchman told Goal.com: ''I know the Egyptian team well, especially Mohamed Salah.

''He is one of the players with wonderful individual skills and has the ability to be ranked among the best players in the world at the moment. We will have a plan to stop him in our match together.''

He added that: ''Playing against Egypt is a very wonderful moment because it is the host country and the presence of the fans is great in their game. They will place strong pressure on them, and we will try to snatch the points in the first two matches before the last game against them.

''I know Egypt well and the atmosphere there, I worked before in Ismaily and this will give me a chance to adapt. We camped in Egypt recently in order to give the players an opportunity to know the atmosphere.''