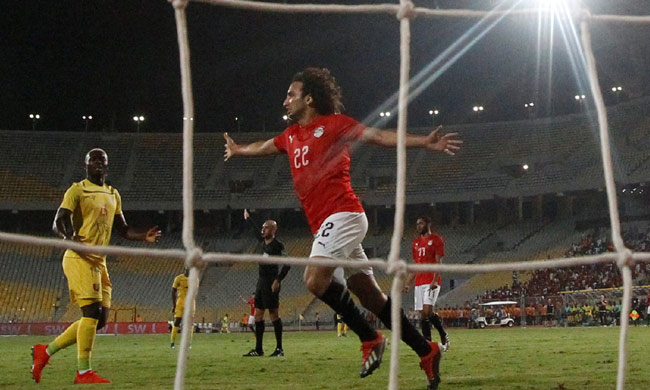 Egypt winger Amr Warda has been excluded from the team's roster for the 2019 Africa Cup of Nations for disciplinary reasons.

The Egyptian Football Association (EFA) announced on Wednesday morning ahead of their second Group A match against DR Congo.

The 25-year PAOK player was a second half substitute in the tournament opener against Zimbabwe.

Hours after the 1-0 win over the Warriors, he was accused of inappropriate behavior on social media.

More than one woman reportedly accused Warda of sexual harassment over the past three days, leading to reports that the player might be expelled from the Nations Cup.

"EFA president Hani Abou-Rida decided to exclude Warda from the camp after discussion with the team's technical and managerial staffs," reads a statement on the EFA's official Facebook page.

"The decision was made to keep ensure discipline and concentration in the team."

Egypt will continue the tournament with 22 players.