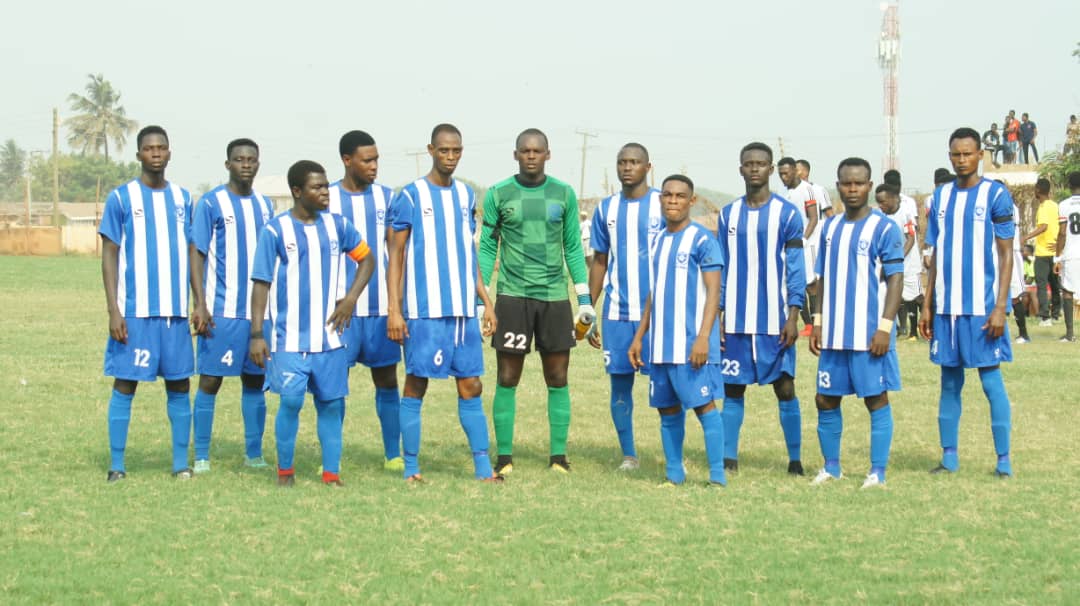 Emmanuel FC inflicted a 4-1 defeat on Uncle T United to advance to the MTN FA Cup Round of 32 on Saturday.

Emmanuel FC booked a place to the Round of 64 after overcoming rivals Teshie Unique in the penalty shootout last month.

The Blue and White outfit wasted no time in fetching the opener after Yakubu Wadudu scored from close range in the 8th minute.

Emmanuel FC did not give Uncle T United a breathing space as they battered them with their incessant attacking play.

Richard Kingson’s charges kept pressing the visitors before adding to their tally in the 55th and 80th minute through danger man Ernest Adiwoh and Isaac Anim Darko respectively.

Uncle T United managed to redeem a consolation on the 90th minute mark via Andrew Welbeck.

Emmanuel FC are aiming to add the FA Cup to the Jordan Anagblah Memorial Cup and the Betway Easter Cup they win last year.