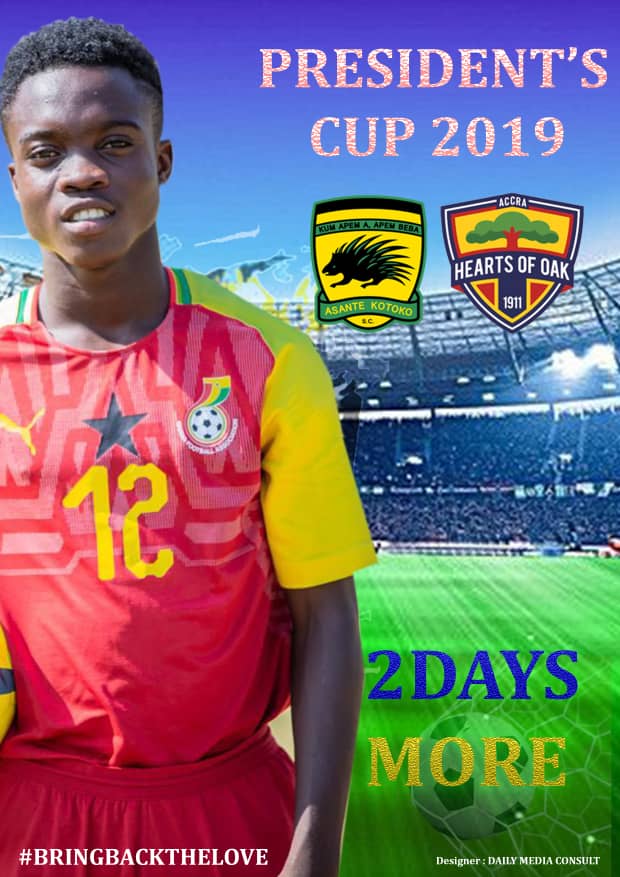 Asante Kotoko will feature young sensation Mathew Anim Cudjoe ahead of the 2019 President’s Cup against sworn rivals Hearts of Oak on Sunday in Kumasi.

The Porcupine warrios will throw the 16-year into the fray as they host the Phobians at the Baba Yara stadium.

He is reported to be closing on a one-year contract with Kotoko after impressing coach Maxwell Konadu.

The hugely talented sweet left-footed playmaker created a penalty and provided and assist as Kotoko drew 3-3 with second-tire side Asiakwa Deportivo in a friendly on Thursday.

He is expected to be involved as Kotoko take on rivals Hearts in the 2019 President’s Cup on Sunday at the Baba Yara stadium.

The latest hottest commodity was discovered during the Baby Jet Under-16 tournament.

Cudjoe has featured for Ghana’s Under-20 team making appearances against Mali and Senegal.

He is a dribbler, intelligent on the ball and has a quick-feet.

He scored five goals in 11 appearances for second-tier side Young Apostles.

The game is expected to attract huge numbers as eyes will also be gazed on coaches Maxwell Konadu and Kim Grant.

Konadu is returning for a second stint with the club amid a torrid weight of expectation on his shoulders.

The big cracker will serve as a precursor for the 2019/20 Ghana Premier League season which kick starts on the weekend of 27-29 December.