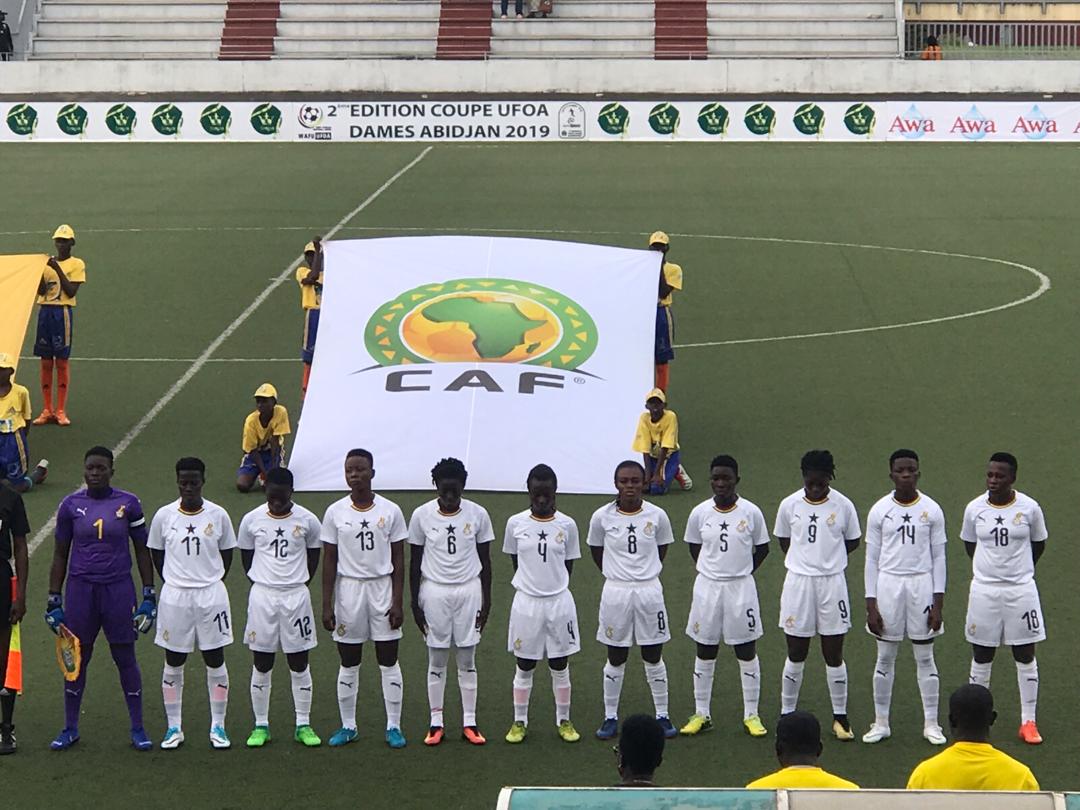 The Black Queens of Ghana have qualified to the semi-finals of the 2019 WAFU Women's competition after thrashing Togo by 6-0 in their second group game.

Mavis Owusu and Alice Kusi both scored a brace for the Black Queens while U-17 star Mukarama Abdualli scored her second goal of the competition for Ghana in the game.

Grace Asantewaa also scored in the game to secure the win for the Black Queens.

Mavis Owusu with a brace on the day was adjudged the Most Valuable Player after the game.

Ghana have accrued six points after two game beating Senegal by 2-0 in the group opener.

The Queens have qualified for the semi-final stage.

Ghana will play host nation Ivory Coast in the final group game on Monday 13 May, 2019 in a battle for the top spot position.

The Queens won the maiden edition of the tournament in 2018 and are hoping to defend it this year.