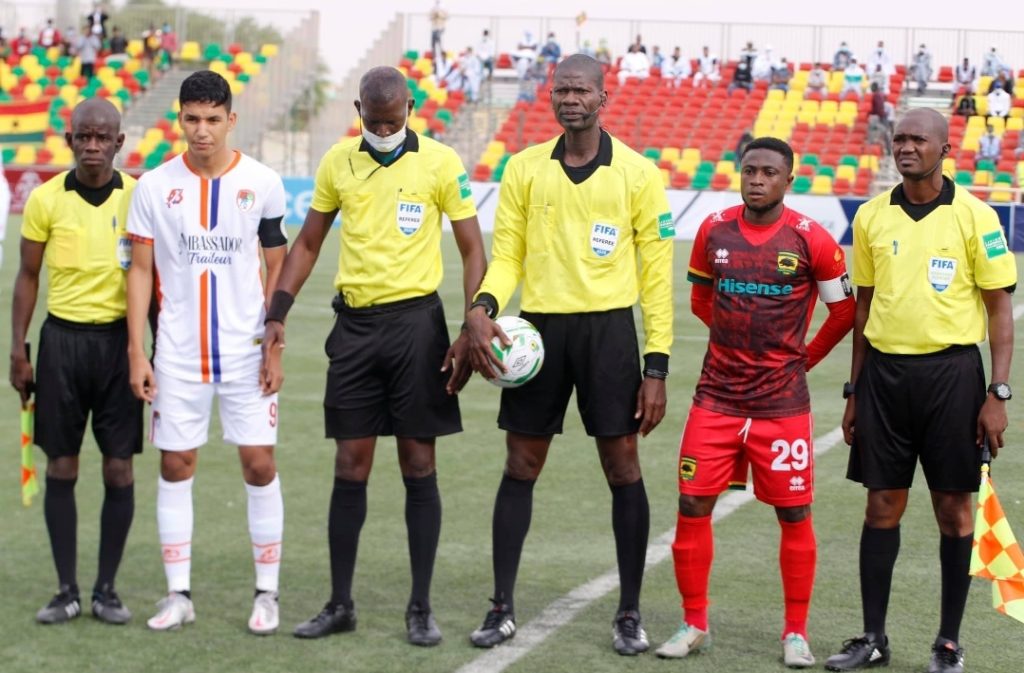 Asante Kotoko will have their CAF Champions League preliminary round 2nd leg fixture against FC Nouadhibou go ahead without fans.

The Porcupine Warriors host the Mauritanian champions at the Accra Sports Stadium on Saturday.

Asante Kotoko’s request to the Government of Ghana to allow fans at the stadium for the encounter has been rejected outright.

The Porcupine Warriors had petitioned the government to relax the COVID-19 restrictions that bars fans from attending football matches.

Government remain resolute on the stance that there won’t be compromises towards the imposed restrictions to curb the spread of the virus.

The Communications Director of Asante Kotoko, Moses Antwi Benefo has confirmed the game will take place behind closed doors.

In an interview with Kumasi-based Silver FM, he said:

"Our engagement with the COVID-19 taskforce team revealed that they aren’t ready to take things for granted. They insist we continue to play our matches behind closed doors so we have agreed.

"It would have been wonderful with the fans, the excitement and the buzz. The presence of supporters cheering the boys would have buoyed the players to perform above themselves.

"But human lives matter so we have agreed to play behind closed doors," he concluded