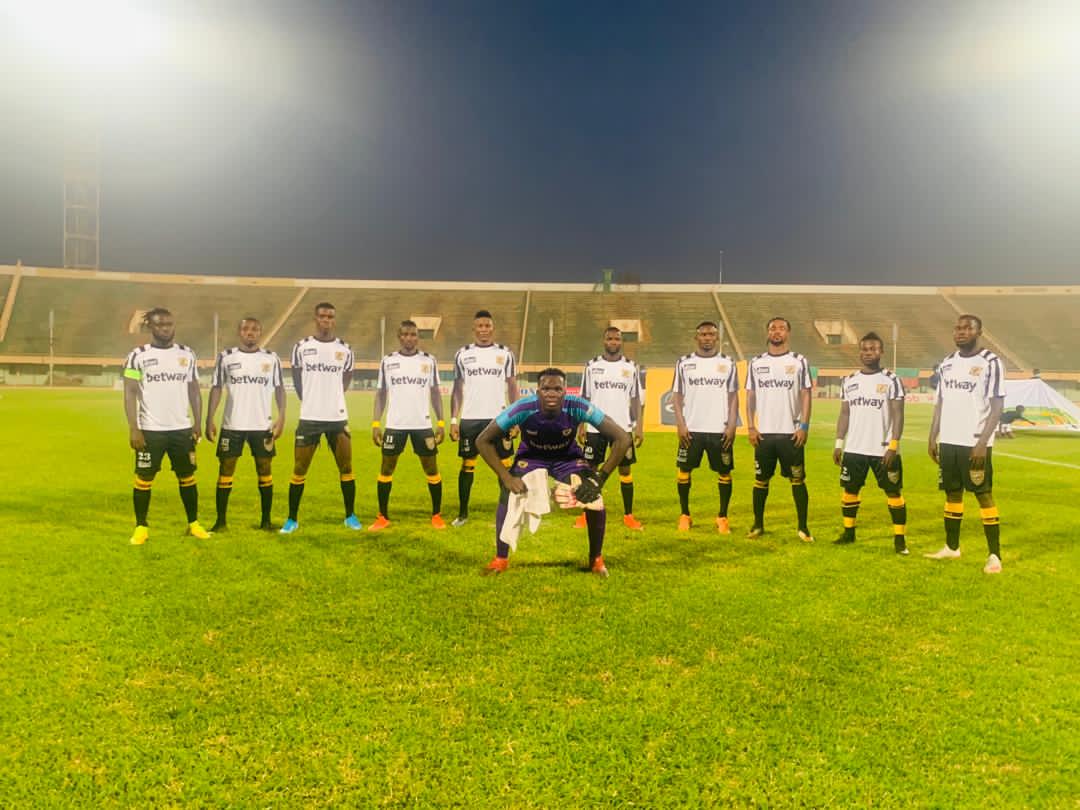 AshantiGold SC have bowed out of the CAF Confederation Cup after losing 2-1 to Salitas FC in the 2nd of the preliminary round of the competition.

With the first leg ended scoreless last week in Obuasi, the Burkinabe side advance to the next stage on a 2-1 aggregate score.

Salitas got their noses in front in the 13th minute after Senegalese forward Boissy connected a pass from Eliass Dianda.

Boissy added another goal to double the lead for the home side one minute away from halftime after receiving a pass from Omar Kabore.

AshantiGold pulled one back through David Abagna Sandan on the stroke of halftime.

The Miners tried to get the equaliser but all efforts in the second half proved futile.

Agyekum scored a goal but was ruled out for offside.

Salitas will face Sudanese side Alamal Atbara in the first round of the competition in late December 2020.