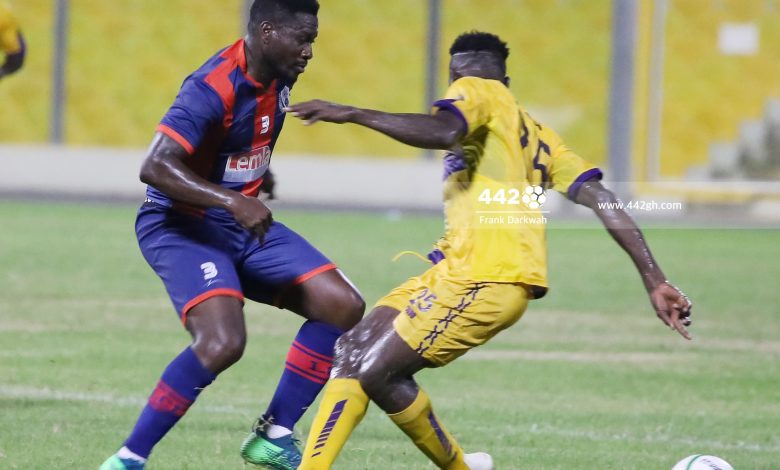 Asamoah Gyan will be in action for Legon Cities as they come up against his 'dream club' Asante Kotoko in matchday five of the 2020/21 Ghana Premier League.

The former Sunderland hitman was linked to the Porcupine Warriors all summer over a potential move but signed for Ghana Premier League side Legon Cities on transfer deadline day.

His move to The Royals has been tagged by some Kotoko fans as a betrayal after going against his words.

Gyan said his move to Legon Cities is purely business but has not ruled out playing for his dream club before he retires.

The all-time leading top scorer for the Black Stars will lead Legon Cities in attack against Asante Kotoko in search of their first win of the season.

The former Black Stars captain has vowed to play for the Ghanaian giants before he hangs his boots.

Asante Kotoko are still without a win after two games in the ongoing season whilst Legon Cities have already parted ways with head coach Goran Barjaktarevic following a poor start to the season.

Coach Maxwell Konadu will be hoping to clinch his first win of the season against Legon Cities in this tricky fixture as he battles it out with Coach Bashiru Hayford who makes his debut for the away side.

A win could kick start the season for Legon Cities, who have just two points after matchday 4. They have lost one and drawn twice in the ongoing season.