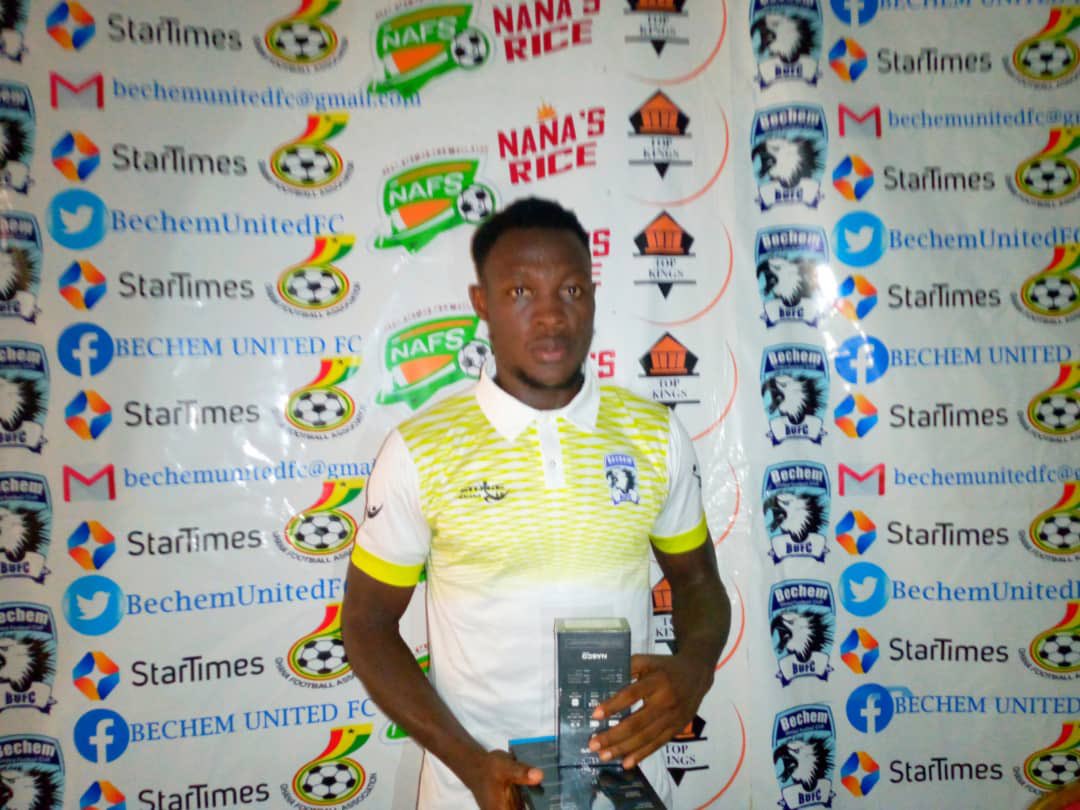 Bechem United captain Moro Salifu was named Man of the Match in his side's draw against King Faisal on matchday 8 of the Ghana Premier League.

The defender was solid for the Hunters and scored his side's only goal as the game ended 1-1 at the Nana Gyeavbuor Park.

Salifu has been a key figure in Bechem this season, winning his third Man of the Match award in the ongoing campaign.

The towering player opened the scoring at the stroke of halftime for the home side.

But King Faisal leveled immediately after the break through second-half substitute Kwame Peprah.