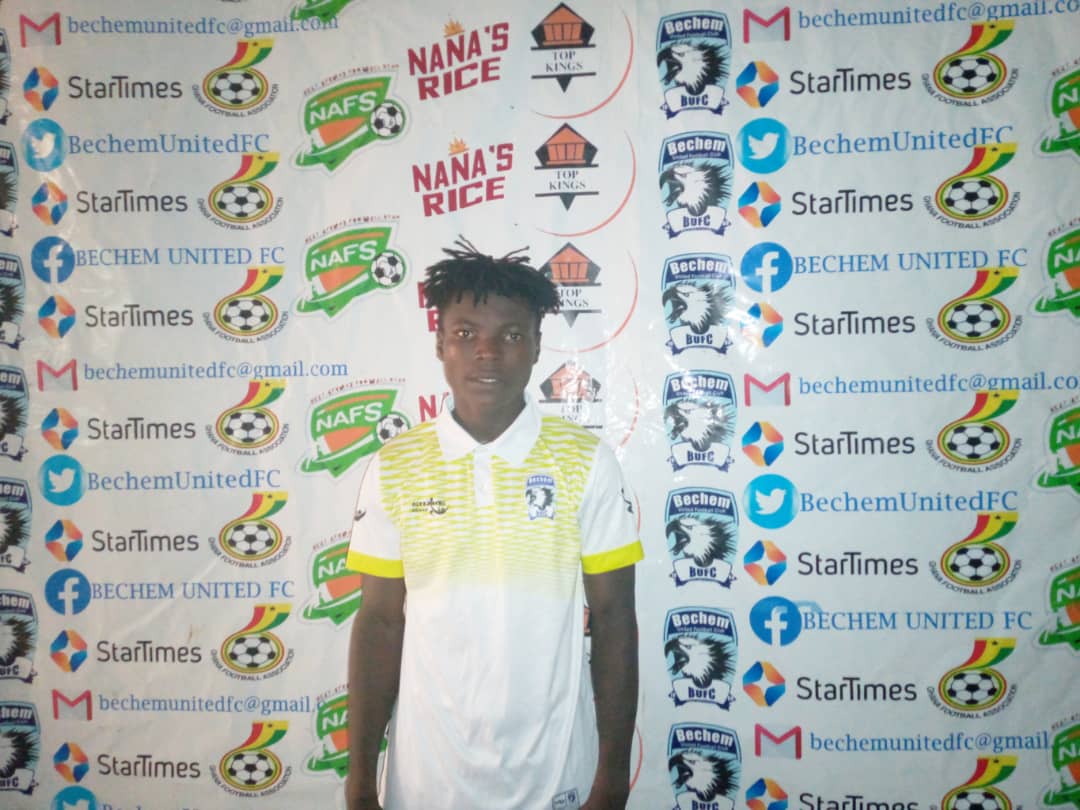 Bechem United midfielder Francis Twene was named man of the match when they pipped AshantiGold in the Ghana Premier League outstanding fixture on Sunday.

The Hunters recorded a very essential 1-0 victory over AshantiGold to go top of the premiership standings.

Twene produced an excellent performance to help Bechem claim all maximum points of the game.

The Hunters are leading the championship with after six matches having won four times and drawn two times.