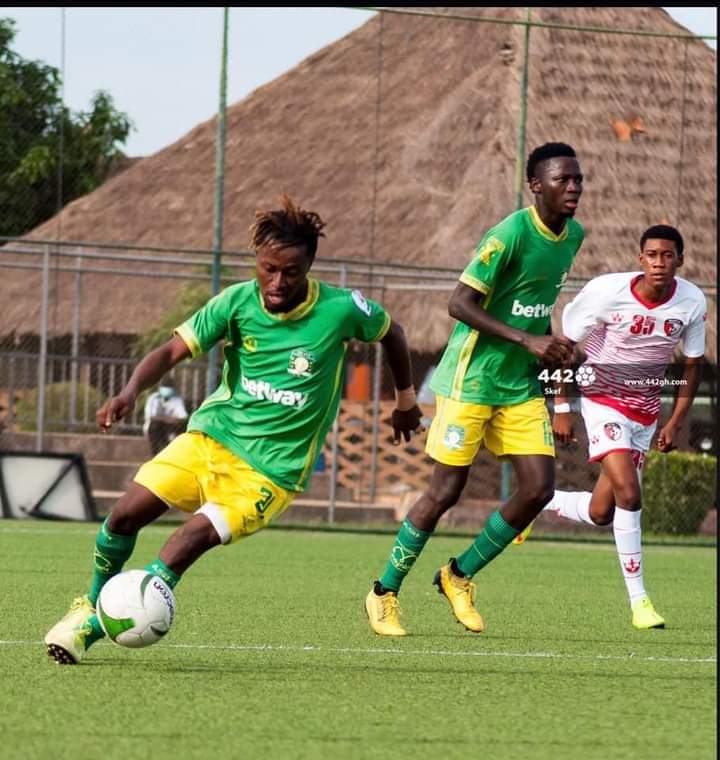 Aduana Stars winger Benjamin Tweneboah was adjudged Man of the Match after an impressive performance in the victory over Dreams FC on Sunday.

The winger assisted Aduana's opening goal after taking on a Dreams defender before laying the ball for Sam Adams who rolled it into the net.

Tweneboah, who joined the Ogya Boys in the second round, was a constant threat for the Still Believe lads throughout the game.

The two times Ghana Premier League champions scored two goals in the space of three first half minutes to secure all three points.

Sam Adams scored the first in the 42nd minute before Bright Agyei added the second at the stroke of half time.

Benjamin Tweneboah and his teammates will remain in Dormaa where they host Ashantigold on matchday 32.