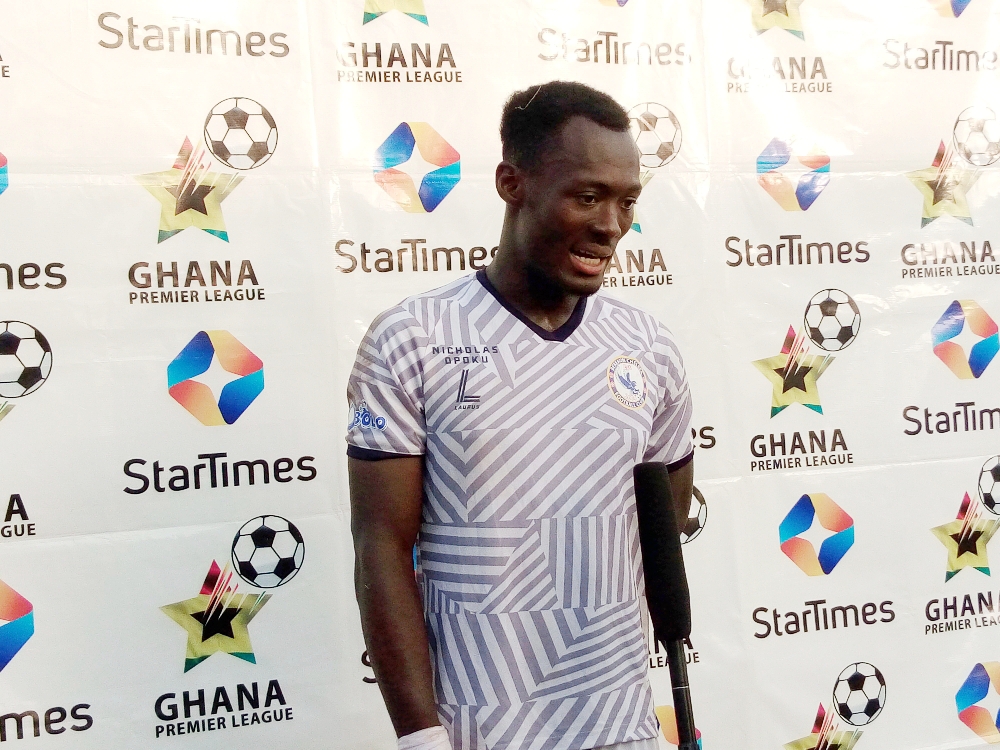 Berekum Chelsea defender Henry Ainsu was named man of the match as they drew 1-1 with Aduana Stars in a regional derby on Monday.

Stephen Amankona put the hosts ahead in the 25th minute before Bright Adjei levelled in the 53rd minute of the fixture.

The centre back put in an excellent effort at the Golden City park to ensure Chelsea preserve their home unbeaten run in the Ghana Premier League.

The Bibires have drawn against Asante Kotoko and won against Liberty Professionals in the previous two home games.

Ainsu has won the man of the match for the second time this season.

He was named man of the match against in Chelsea's 1-0 over Liberty about a fortnight ago.