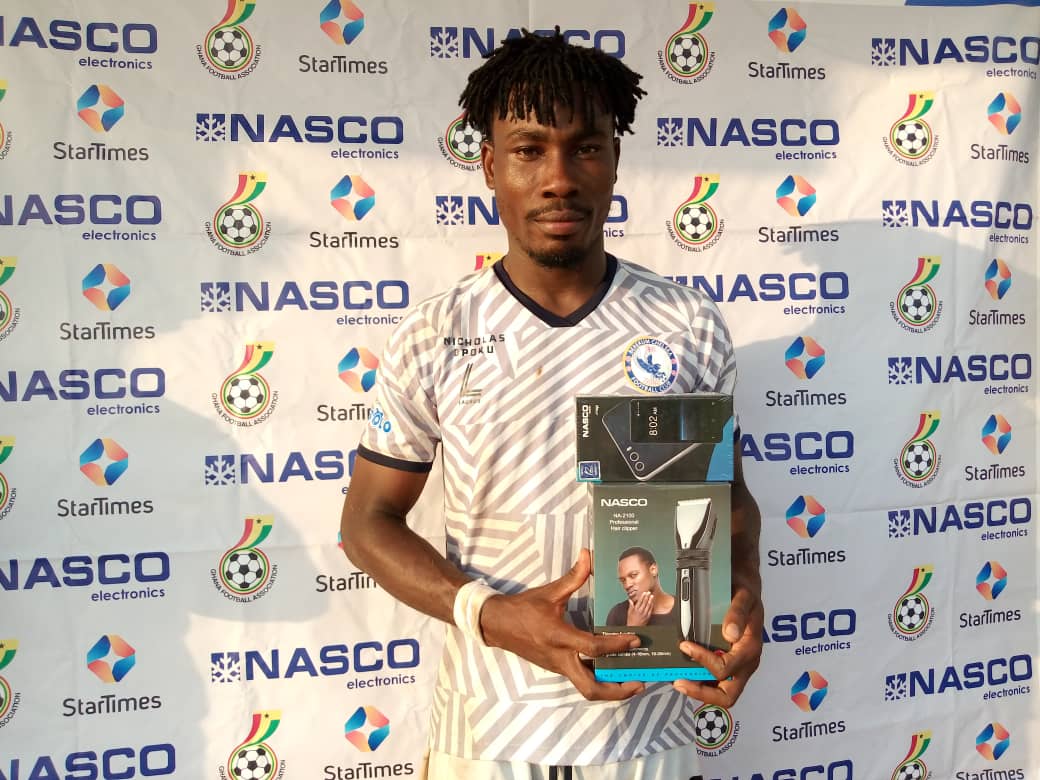 Goalscorer Paul Agyei Attah was named Man of the Match as his side Berekum Chelsea beat Inter Allies 1-0 on Sunday in the Ghana Premier League.

The winger scored the only goal of the match at the Golden City Park with a fine curling effort.

The Blues nearly doubled their lead but goalkeeper Gideon Ahenkorah was there to rescue them.

Ahenkorah again produced another fine save to deny the hosts from scoring again.

On the half hour mark, Lamptey came close with a sumptuous free-kick and this time  it was tipped over the bar for a corner kick.

Two minutes after recess, Lamptey tried his luck with a trademark drive from distance but the Berekum Chelsea goalkeeper did well to deny the visitors the equaliser.

By the hour mark, Inter Allies were heavily indebted to their goalkeeper Gideon Ahenkorah as he came to their rescue with another fantastic save to deny the hosts.

Ten minutes from time, Nafiu Sulemana met Fard Ibrahim's corner kick with a header but his effort rattled the crossbar.