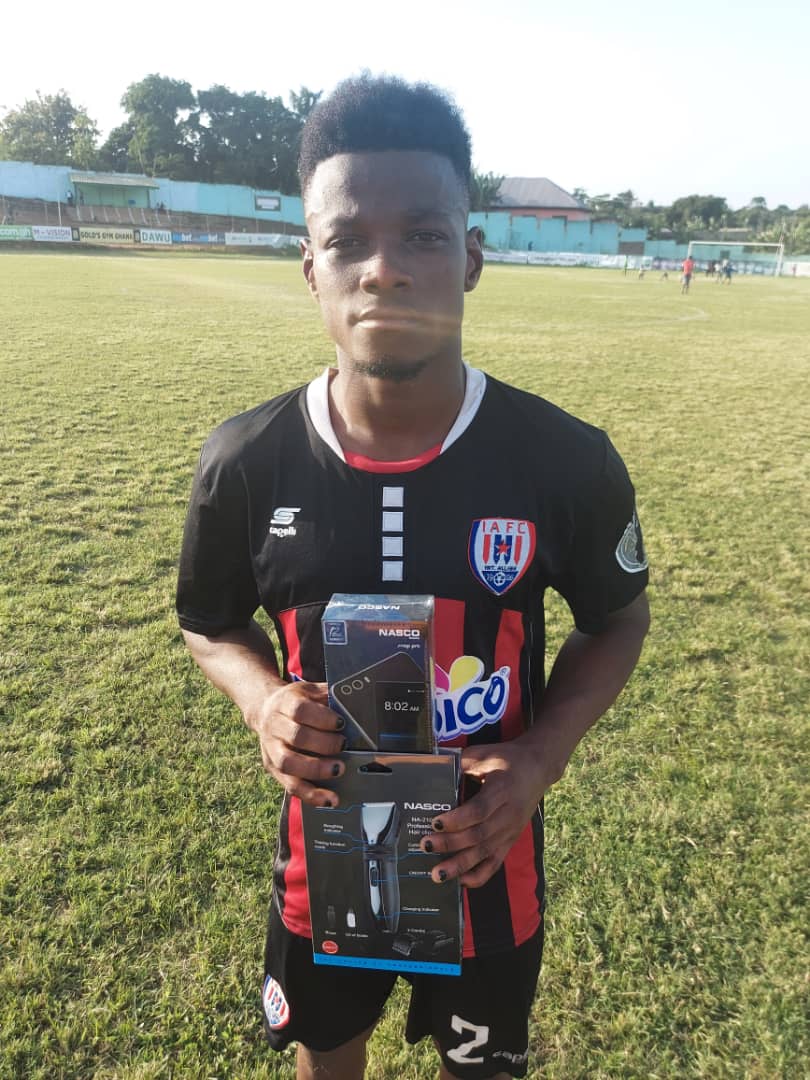 Alex Aso with his Man of the Match award.

Striker Alex Aso was named Man of the Match after his pair of first half goals helped Inter Allies annihilate Berekum Chelsea 5-0 on Sunday afternoon in the Ghana Premier League.

Aso netted the go-ahead after just two minutes when he finished off coolly after being put through from midfield.

He kept his composure and dummied his marker before teleporting the ball past the Chelsea goalkeeper.

Two minutes later, Allies doubled their lead and it was Aso again who struck the back of the net.

Allies went on to cause more damage with a trademark thunderbolt from Richmond Lamptey and two others from Samuel Armah and Nafiu Sulemana.