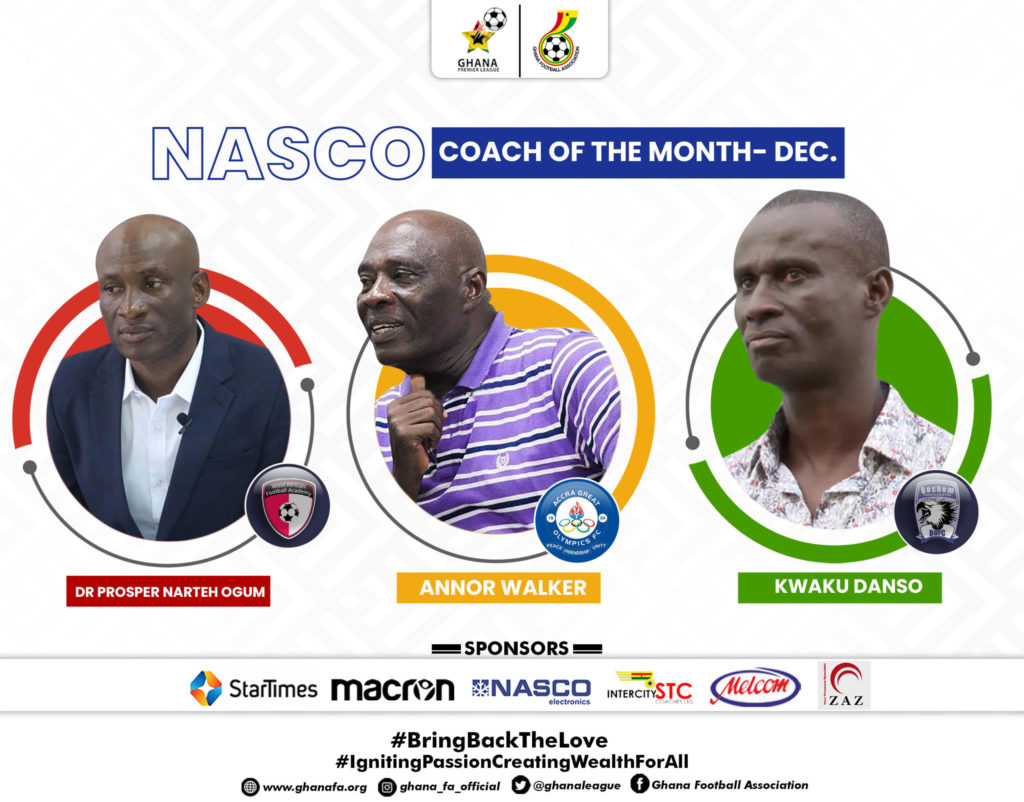 The Ghana Premier League best coach of the month nominees for the month of December has been announced by the Ghana Football Association.

WAFA played six matches in the month where they managed three wins, two losses and one draw amassing ten points in the process.

Olympics had a good run in the month having gone unbeaten with three wins and two draws and one defeat from six games.

Bechem finished the month on top of the league standings with an unbeaten feat as they recorded four victories and drew two of the six matches played.

The winner of the December award will be announced on Tuesday 5 January 2021.