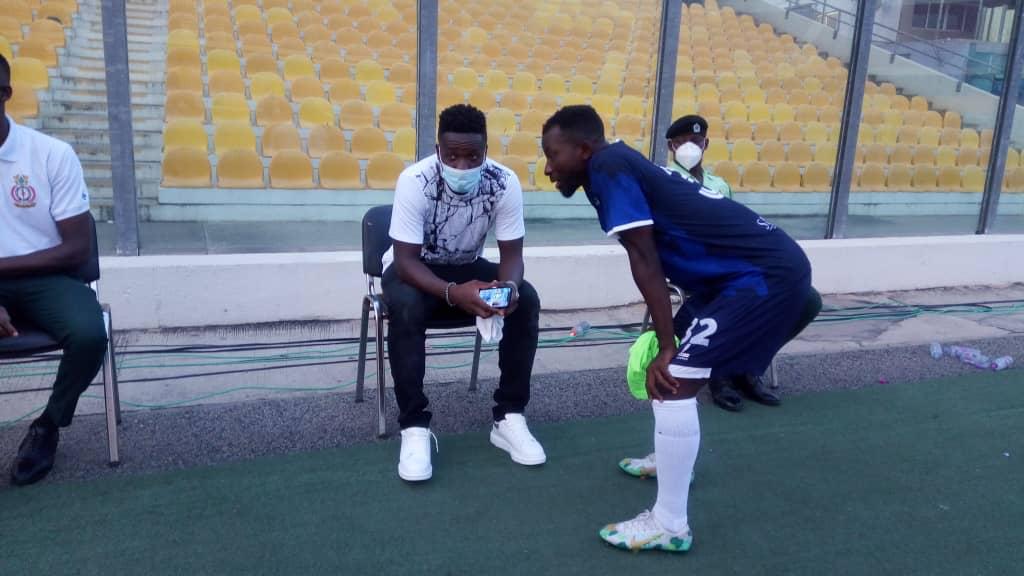 Legendary Ghana striker Asamoah Gyan was in attendance as Legon Cities opened their 2020/21 Ghana Premier League opener against Berekum Chelsea on Saturday night despite not being named in the squad of the home team.

Gyan, 34, is the biggest signing of the Accra-based team in the transfer window and is expected to be their leadman as they seek to make a big impact in the domestic league.

However he was not in their starting line-up after alreading hinting that he is working on his fitness before he makes his much-anticipated debut for Cities.

He joined the Royals in the biggest deal of the local transfer window after signing a one-year deal worth $250,000.

The Ghana’s all-top scorer was expected to lead his new side when they take on Berekum Chelsea in the opening fixture of the 2020/21 Ghana Premier League but he could only watch they draw 1-1 with the visitors.

The former Udinese and Shanghai SIPG striker did not make the team’s final squad for the game after coach Goran Barjaktarević disclosed that he has picked an injury.

Gyan has not played competitive football since the beginning of the year when he returned to the country after sustaining an injury while playing for his former club NorthEast United.