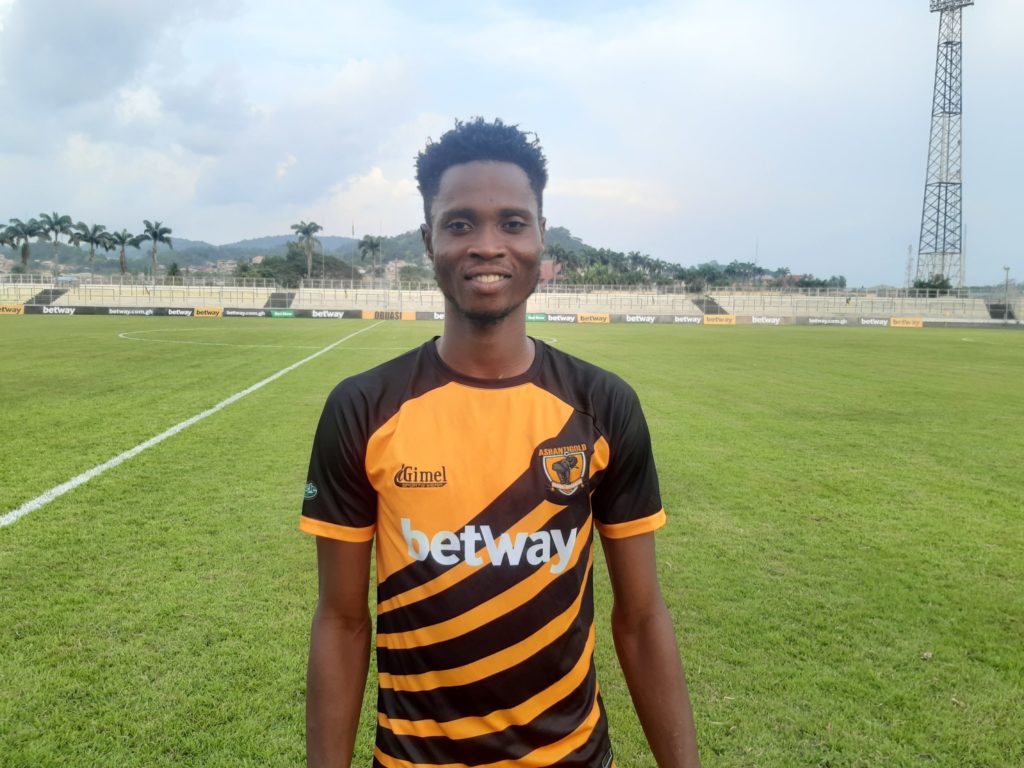 AshantiGold SC youngster Isaac Opoku Agyemang won the man of the match award on his debut on Wednesday where he bagged a brace and an assist.

The 20-year-old scored twice and set up another as the Miners maul King Faisal Babes 5-1 at the Len Clay Stadium.

Opoku Agyemang was handed his very first start in the Gold and Black shirt by Milovan Cirkovic in the absence of Hans Kwofie and Dacosta Boadu.

He opened the scoring of the game in the 16th minute as he beautifully connected a pass from David Abagna Sandan.

The young striker got his brace just two minutes from the break with a brilliant effort.

Yaw Annor completed the rout scoring twice in the last seven minutes to make sure AshantiGold record their second victory of the campaign.