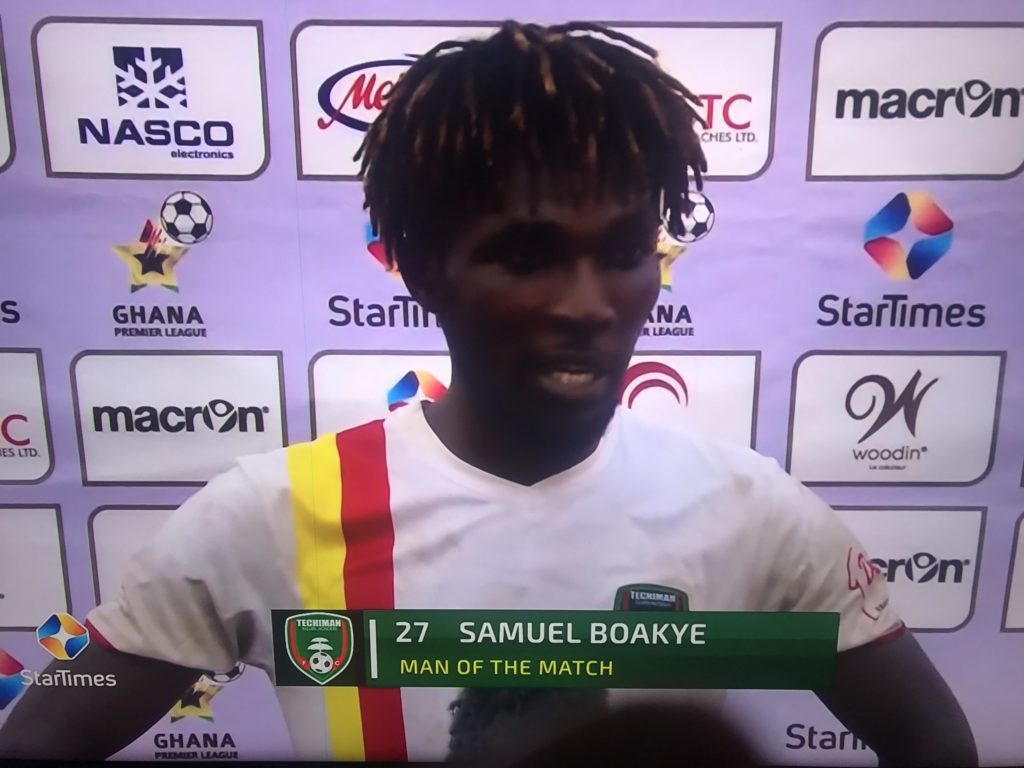 Samuel Boakye was adjudged the Man of the Match in the Ghana Premier League between Eleven Wonders and Asante Kotoko at the Ohene Ameyaw Park in this matchday 18 fixture.

Wonders went down early in the game through a game scored by Fabio Gama in the sixth minute.

It was the first goal of the season for the Brazilian International since making his debut for the club against Asante Kotoko in December 27, 2020.

Eleven Wonders responded with just some few minutes to end the first half following a cross from Rasheed which was headed into the net by Samuel Boakye.

In the second half Boakye became a constant threat at goal, terrorizing the Asante Kotoko defence.

Kotoko kept their composure at the back to prevent Wonders from snatching a win late in the game.