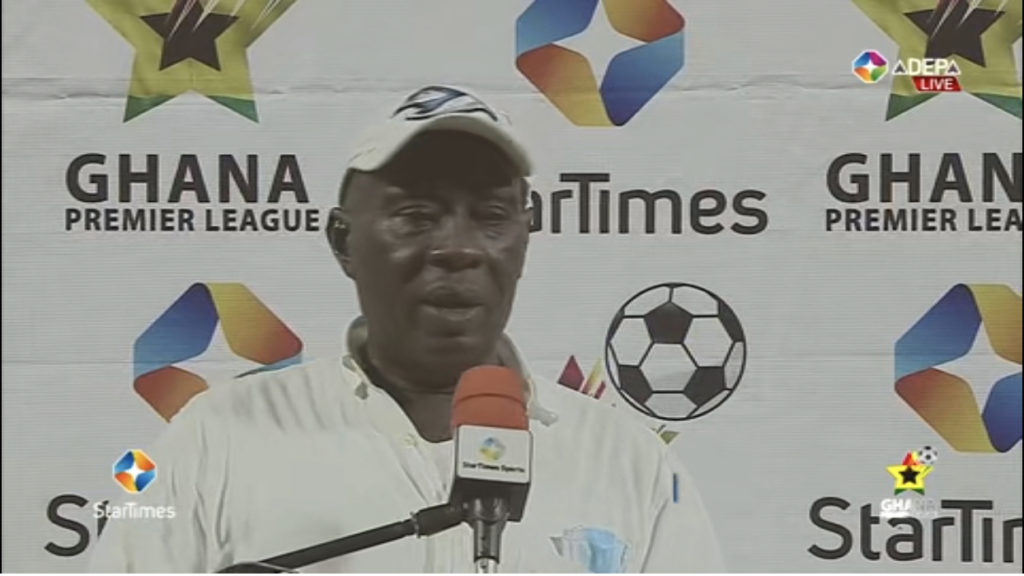 Great Olympics coach Annor Walker has commended his players for the win against Legon Cities FC on Matchday 2 of the ongoing Ghana Premier League on Friday.

Great Olympics collected their first win of the season after impressively dispatching Legon Cities FC at the Accra Sports Stadium.

The Dade Boys fetched the opener through Gladson Awako’s deflected free-kick on the stroke of half time.

The hosts went up 2-0 courtesy captain Maxwell Abbey Quaye’s 53rd minute penalty before a stunning strike from Samuel Quaye in the 83rd minute completed the rout against their fellow capital-based side.

Coach Walker did not bask in glory alone as he tipped some of the praises to his players, who he feels followed his tactics to the letter.

“We really trained for this match and I’m happy we executed our game plan very well.”

“Before the game against Medeama, I took them to camping in Prampram and it manifested in the one point we took from them.”

“Physically and mentally, I’ll say my boys are sound. What I realized during our pre-season is that, you’ll find yourself in relegation if you’re not prepared enough for this season. I’m happy my players have shown in the two matches that we are ready for the league this season.”