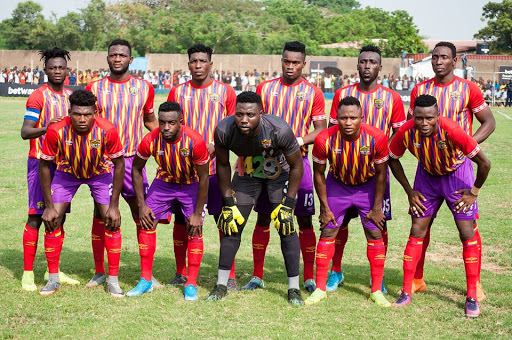 Hearts of Oak Communication Director Kwame Opare Addo says his team will head into their Ghana Premier League matchday six game against King Faisal with a different strategy and focus in search of their second win of the season.

The Phobians succumbed to a 2-0 defeat to Aduana Stars at the Nana Agyeman Badu Park in Dormaa in a week 1 outstanding game played in mid-week.

Hearts after the defeat are hoping to revive their campaign against a struggling King Faisal side at the Ohene Ameyaw Park in Techiman.

King Faisal lost heavily to AshantiGold Sporting Club by 5-1 in another outstanding game played in mid-week at the Len Clay Sports Stadium.

The two sides have lost their previous games in the league will be seeking for redemption ahead of this fixture.

Speaking to the media ahead of the game, Kwame Opare Addo said,"Every club playing against Hearts wants to prove something different so we will concentrate and keep focusing," Opare told OTEC FM

"We are preparing and making sure that we will go in with a different strength, better determination, and focus. Team transformation doesn't come in a single game, we will work till we get our consistency" He added.

Hearts of Oak is placed 10th on the league log with five points after five matches played in the season.

King Faisal is placed bottom on the league log with four points after matchday five.