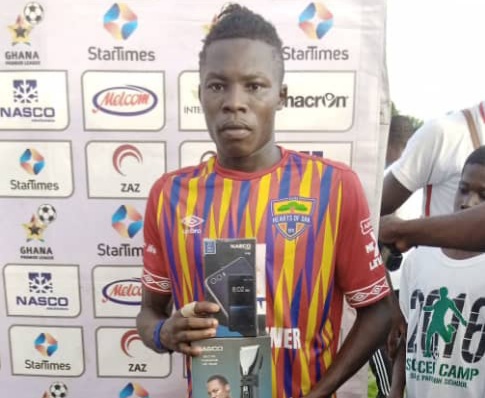 Hearts of Oak midfielder Salifu Ibrahim was named man of the match after making the difference in the win against Bechem United on Wednesday in the Ghana Premier League.

The Phobians broke the home invincibility of Bechem with a vital 1-0 victory at the Nana Fosu Gyeabour Park.

It's the first time Hearts beat the Hunters in Bechem since 2013.

Ibrahim raced into the Bechem area and beat everyone on the run and drilled the ball into the net with his weaker foot.

The goal in the 74th minute was enough for the Phobians to close in on the league leaders Asante Kotoko SC as just one point separate them.

Ibrahim was adjudged the most valuable player in the Phobians' 2-0 win over King Faisal Babes last weekend following an outstanding display.

The highly-rated midfielder has won the man of the match award on seven occasions this season.