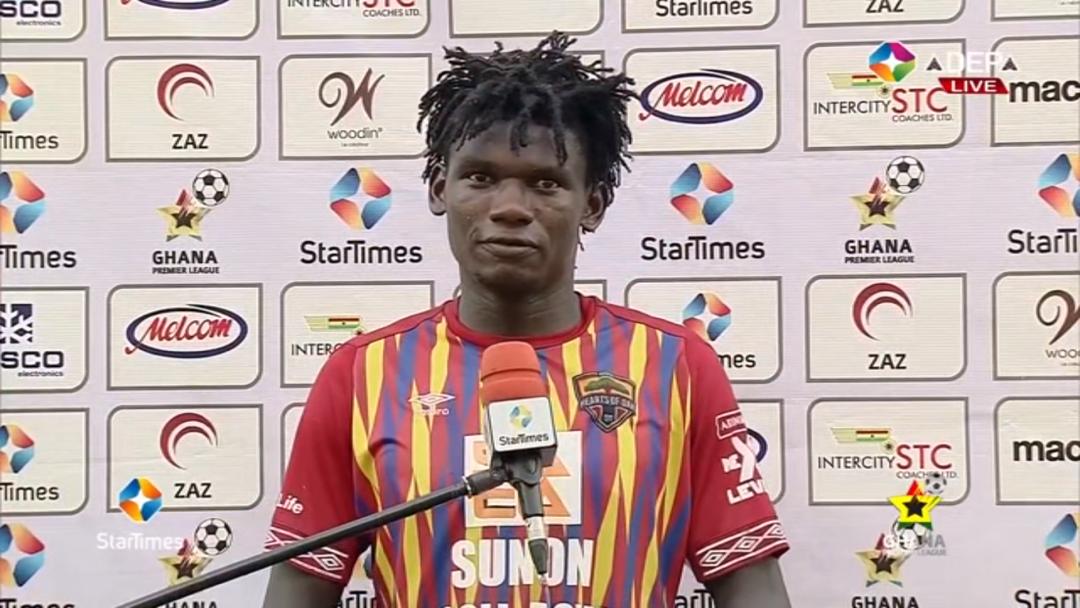 Defender Raddy Ovouka won the Man of the Match award as Hearts of Oak demolished ten-man WAFA at the Accra Sports Stadium on Sunday.

The Congolese left back scored a brilliant goal and provided two assists in the thumping win.

His cross from the left was turned in for the opening goal after 33 minutes.

In the second half, he dropped his shoulder to smash in a half volley for the third goal for the Phobians.

Ovouka made another run into the box and drilled in a shot which found an unmarked Michelle Sarpong in front of goal and the substitute just simply tucked in for the fourth goal.

On 18 minutes, Hearts of Oak fired a warning shot when Fatawu Mohammed sneaked into the box to head Raddy Ovouka's cross from the left but it goes wide.

In the 63rd minute, Isaac Mensah doubled the lead from close range when he lifted the ball pass goalkeeper Sabi Acquah after collecting a pass from Victor Aidoo.