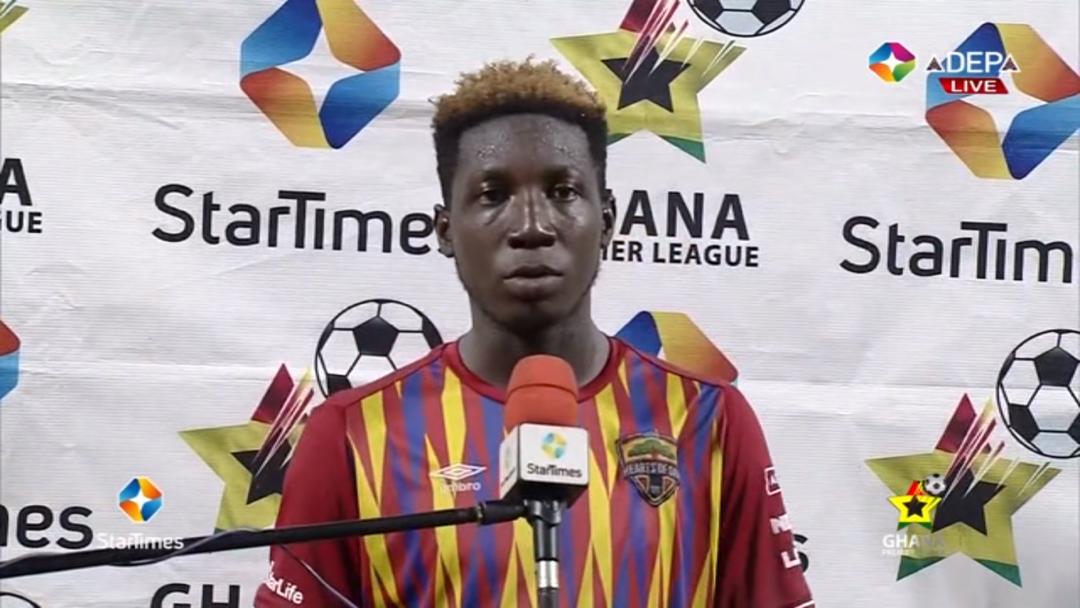 Hearts of Oak midfielder William Dankyi picked up the Man of the Match award in their 2-0 win over Eleven Wonders on Sunday.

Dankyi was assertive on the wings and constantly made things difficult for the Wonders defenders at the Accra Sports Stadium.

He could not get on the scoresheet but his workrate and industry caught the eyes of the selectors.

By the 11th minute when Manaf Umar gave Hearts the lead.

Eleven Wonders nearly snatched the equalizer five minutes from half time when Samuel Boakye went through two defenders before pulling the trigger but Richmond Ayi-between the sticks for Hearts of Oak-produced a super save to palm it away for a corner kick.

Three minutes into the second, Victor Aidoo drilled in powerful shot with the outside of the his boot which  beat Moosie.