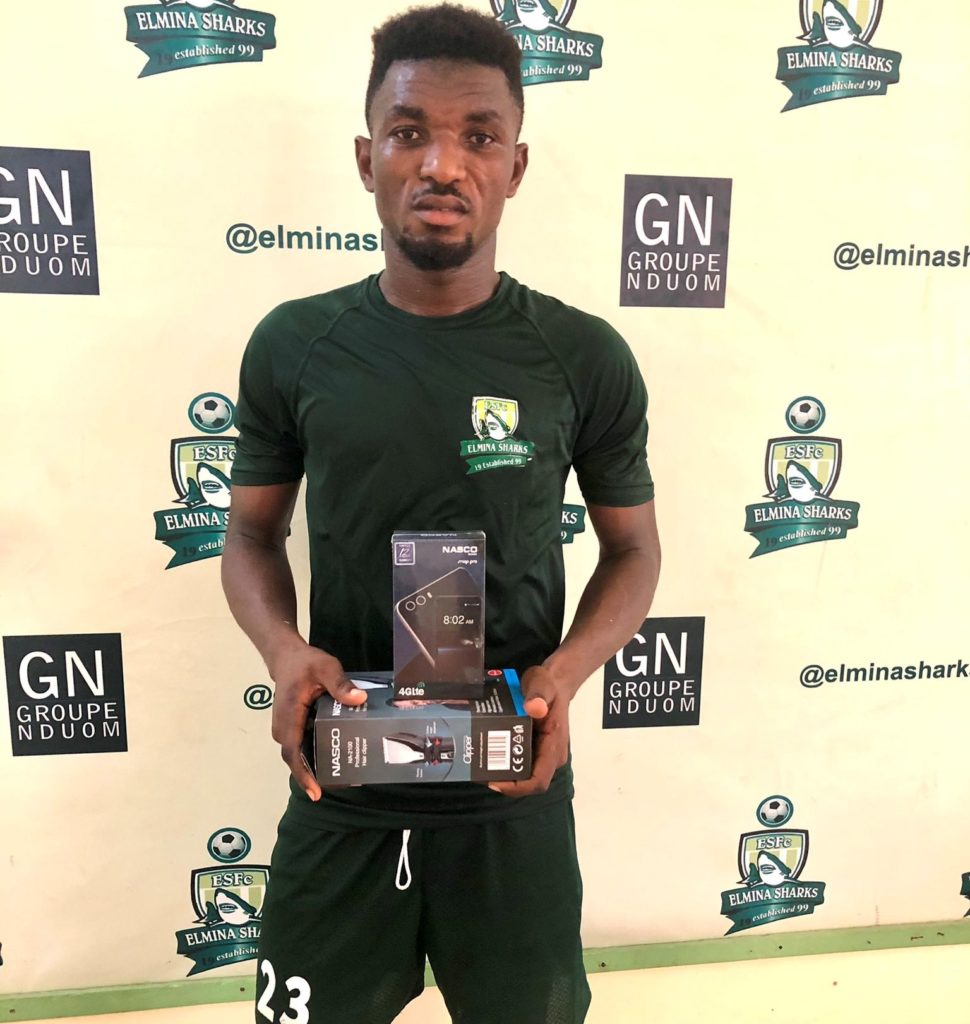 Defender Issaka Mohammed of Elmina Sharks won the Man of the Match award as his side beat Inter Allies 1-0 at home on Sunday.

The centre back was at his militant best as he helped to thwart the efforts of the Allies strikers.

Mohammed together with goalkeeper Lord Bawa Martey were reasons why Sharks sealed victory.

Elmina Sharks needed a Benjamin Tweneboah first half penalty to collect the points and return to winning ways.

Allies could have taken an early lead after Kingsley Braye made a fantastic solo effort and struck beautifully but goalkeeper Martey was there to pull a magnificent save to deny  the visitors.

Braye missed a glorious chance in the 50th minute when he shot straight at goalkeeper Lord Bawa.

Just after the hour mark, Lamptey sent his free-kick straight through the wall but one again goalkeeper Martey grabbed.