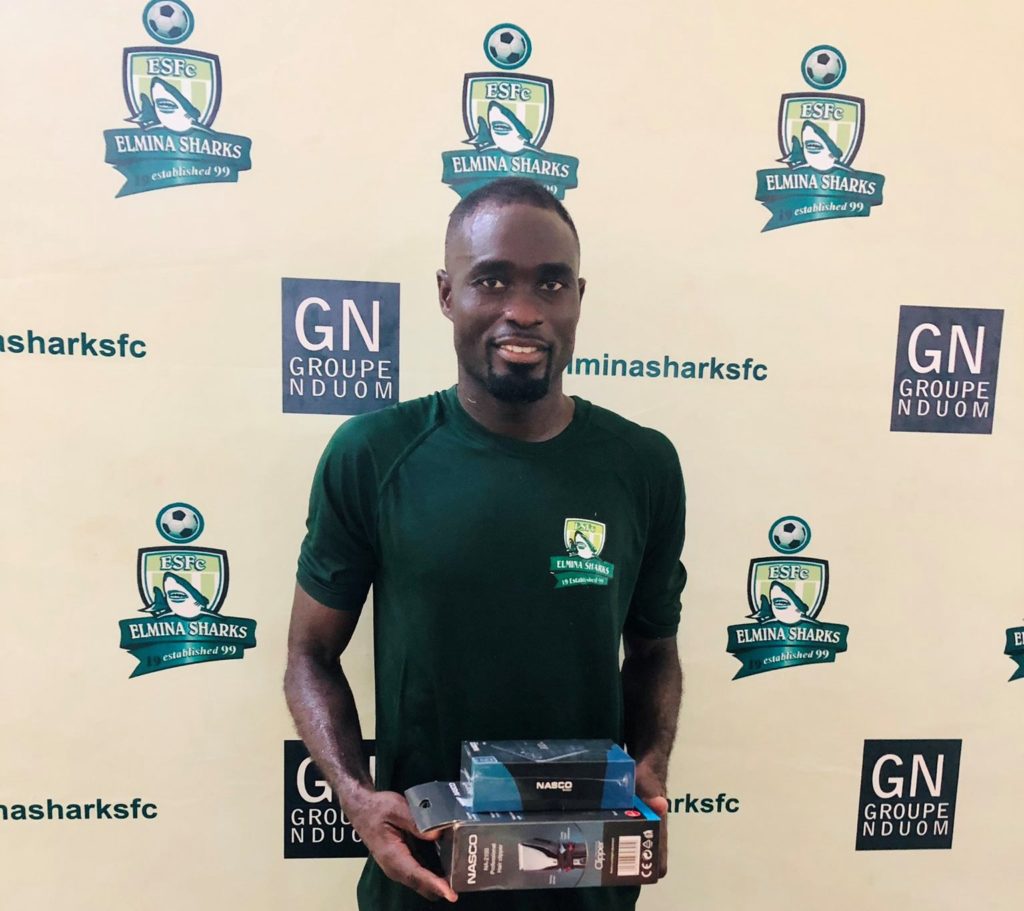 Elmina Sharks midfielder James Bissue was selected as Man of the Match in Sunday's 1-1 draw with Hearts of Oak at home.

The experienced player dribbled past the Hearts of Oak  defence before slotting the ball home for the opening goal of the match in the first half.

The Phobians nearly equalized just after the half-hour mark but goalkeeper Bawa Martey produced a quality with another beautiful save from a low powerful drive.

Hearts of Oak's pressure paid off and go the equalizer through Victor Aidoo who headed in a cross from Fatawu Mohammed.