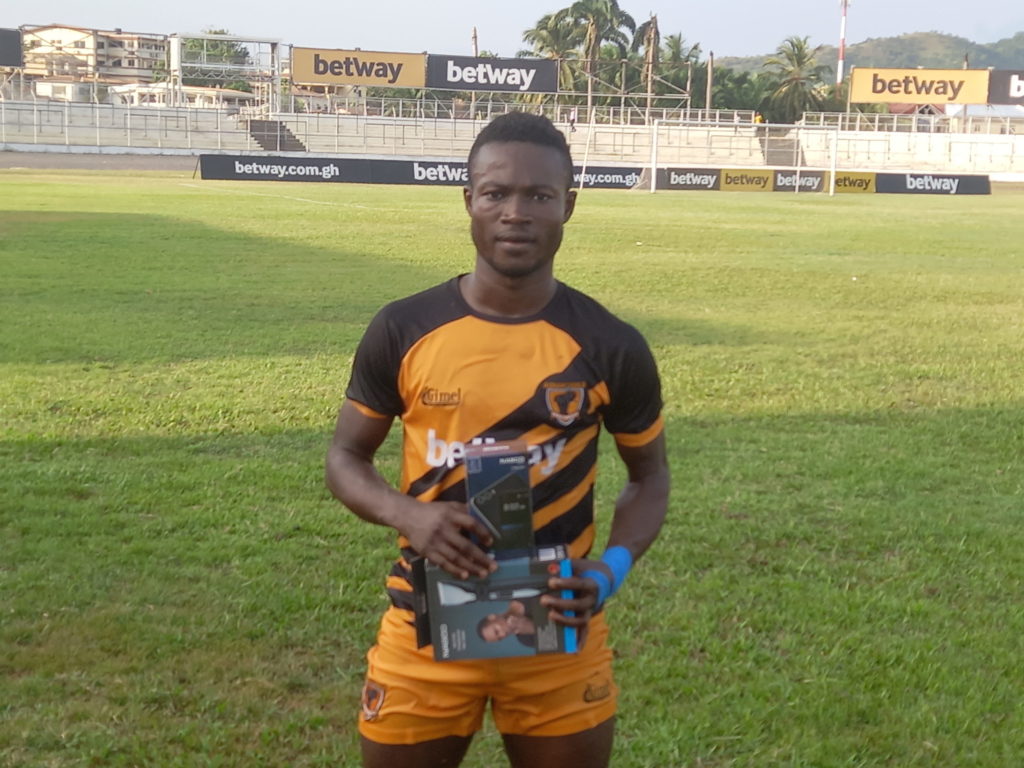 AshantiGold defender Kwadwo Amoako was adjudged man of the match when they thumped Bechem United in a matchday 21 fixture on Sunday at the Len Clay Stadium.

The Miners recorded an emphatic 4-0 victory over Bechem to extend their unbeaten run in the second round to four games.

Amoako was instrumental in the game having provided one assist and was resolute at the right back position.

AshantiGold got their noses in front in the 11th minute through Yaw Annor after Amos Addai had beaten goalkeeper Daniel Afadzwu leaving an empty net.

Addai doubled the lead for the hosts after converting a penalty four minutes later. He was brought down inside the box.

Seth Osei increased the advantage on the stroke of halftime with a fine finish.

Substitute David Abagna Sandan scored his 6th goal of the season to seal the victory in the 84th minute.