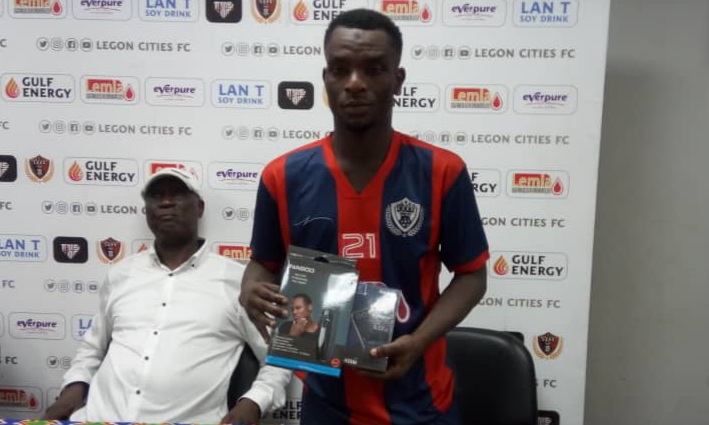 Legon Cities FC playmaker Baba Mahama was named man of the match when they recorded a second league victory of the season on Friday.

The Royals came from behind to thrash AshantiGold SC by 5-2 at the Accra Sports Stadium in the Ghana Premier League.

Mahama returned from suspension to score and set up another to ensure Cities clinch the vital win.

AshantiGold went ahead in the 9th minute through Yaw Annor who benefited from a goalkeeping blunder.

The visitors restored their lead in the 31st with another goal from Annor following a cross from Empem Dacosta.

Jonah Attuquaye scored on the stroke of halftime to draw the home side level.

Four minutes after recess, Mahama sent Cities in the lead with a cool finish.

David Cudjoe scored twice in ten minutes between the 55th and 65th minutes to seal the victory for the Royals.

Cities are out of the relegation zone with win as they have moved to 15th position on the premiership standings.