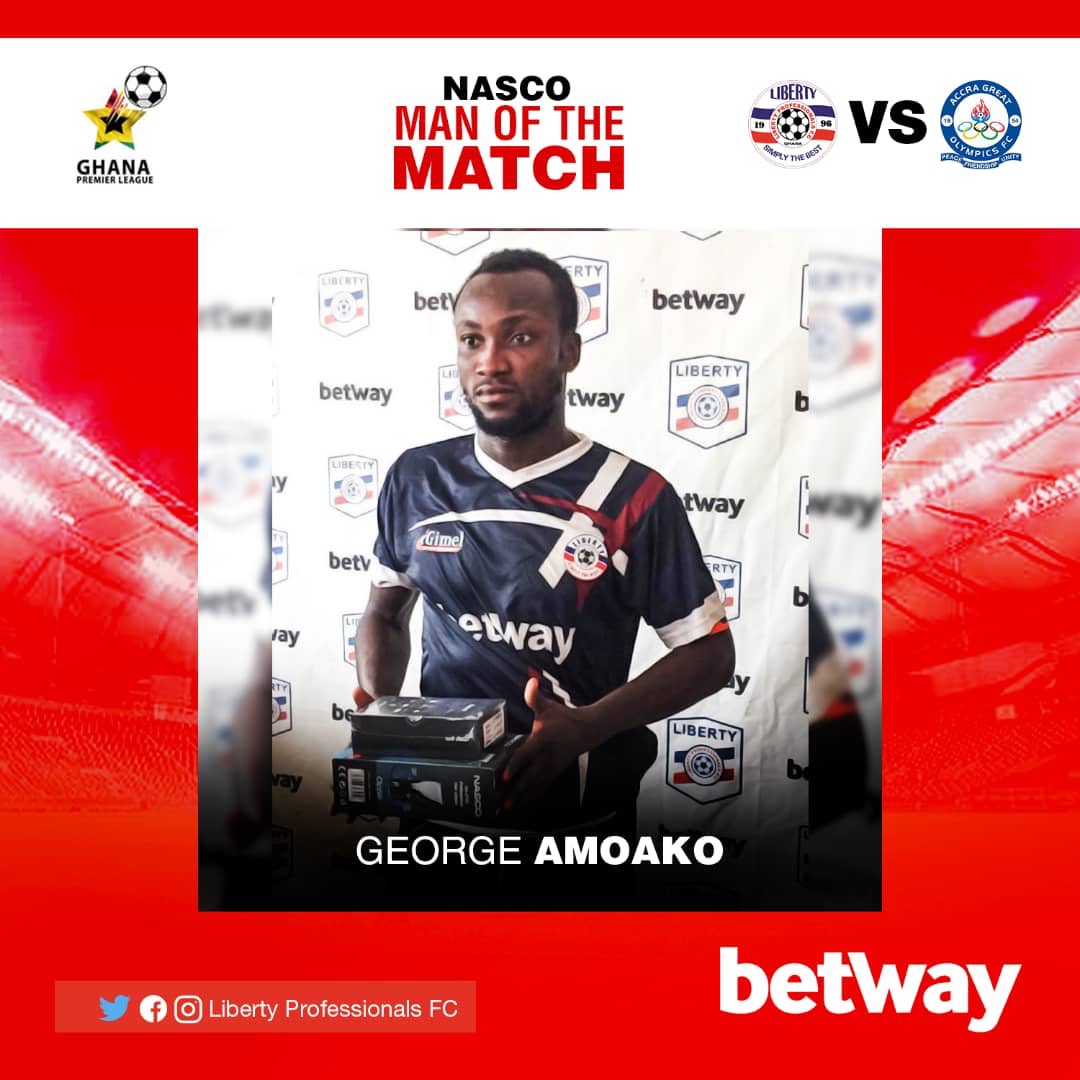 Liberty Professionals midfielder George Amoako has been named Man of the Match in his side's 2-0 victory over Great Olympics on matchday 5 of the Ghana Premier League.

Amoako dazzled as the Scientific Soccer Lads comfortably swept aside their regionals rivals at the Alhaji Sly Tetteh Park.

Michael Appiah netted a brace as Liberty won the game, but it was the midfield brilliance and hard work of George Amoako that enticed the MOTM select team.

The victory on Sunday was Liberty's first of the campaign after three draws and a defeat in their first four games.

Liberty will next travel to the Akoon Park in Tarkwa to play Medeama SC.