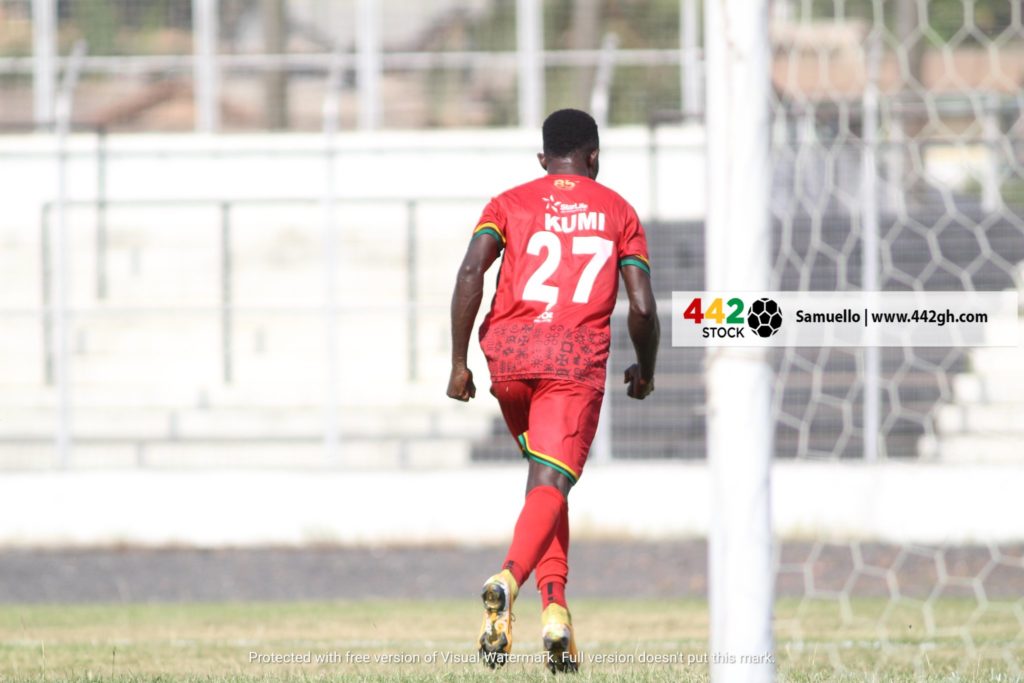 Asante Kotoko moved to the summit of the Ghana Premier League table following a 2-0 victory against Berekum Chelsea at the Len Clay stadium in Obuasi on Sunday.

The Porcupine Warriors won the encounter thanks to goals from Andy Kumi and Godfred Asiamah.

Kumi was the first to score when he finished off a brilliant move in the 26th minute. The attacker's second goal in successive games.

Kotoko had to wait until the 90th minute to double their lead through Asiamah.

Asiamah was put through by Fabio Gama and he rounded the goalkeeper before scoring.

Before that, Berekum Chelsea squandered a glorious chance to equalise as Bright Amponsah failed to convert a penalty.

It's coach Mariano Barretto second win in charge of Kotoko. The Portuguese is yet to concede a goal, having won his first game 4-0 against Bechem United last Wednesday.

Kotoko sit top of the league and a point above second-placed Great Olympics while Chelsea are 12th.