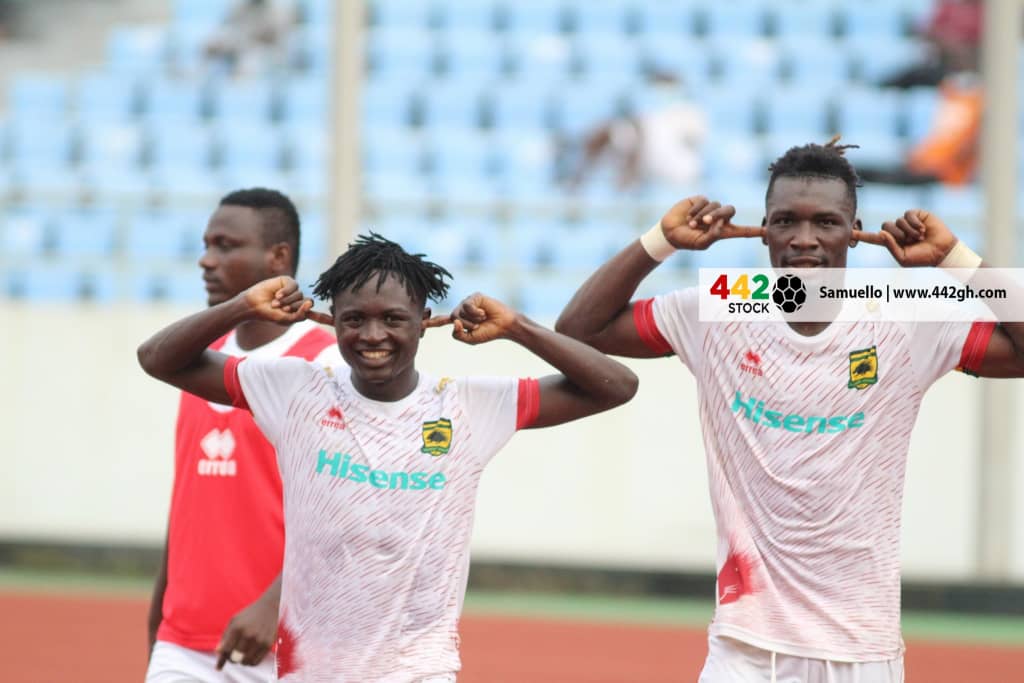 Christopher Nettey's goal was his first of the season

The defender’s second-half goal settled the tight contest in favour of the Porcupine Warriors, who have now established themselves as title contenders after a slow start to the season.

The win takes them to third on the table, just a point separating them and league leaders Karela United.

It was a game of few chances, but Kotoko left the Cape Coast stadium all smiles thanks to their right-back Nettey.

The first half failed to produce any goal, with Brazilian Fabio Gama’s header in the 35th minute missing the target by a whisker.

Kotoko had a penalty appeal waved away by the referee after it appeared Gama had been fouled in the box on the stroke of halftime.

The second half was no different from the first, with Kotoko going all out for the win.

They scored in the 70th minute after an effective play by their two fullbacks Christopher Nettey and Patrick Asmah.

Asmah delivered a fine cross into the box and Nettey headed into the net.

Kotoko defended well to protect the lead to extend their unbeaten run in the league under interim coach Johnson Smith to five games.

For Dwarfs, they remain 11th despite the defeat, however, a win would have seen them move into the top 10.