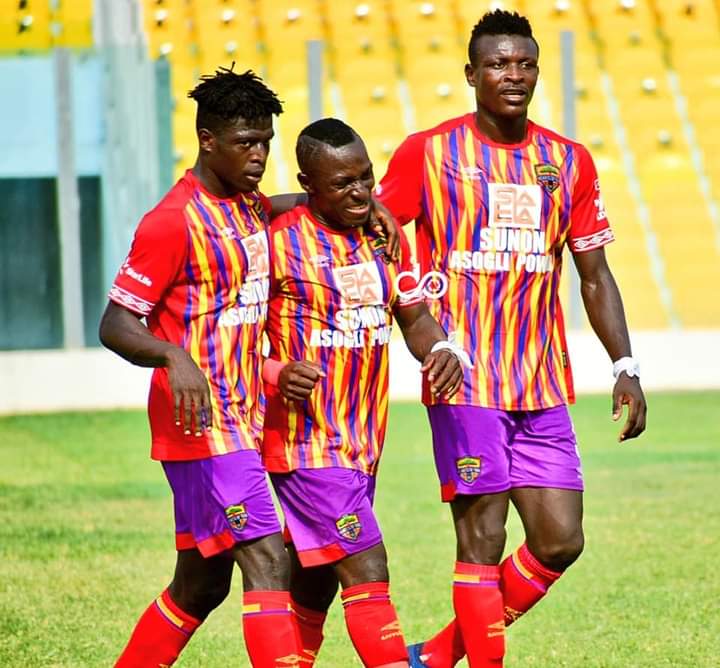 Hearts of Oak got their league title hopes alive on Sunday when they beat Aduana Stars to start the second round of the Ghana Premier League on the bright.

Benjamin Mensah started between the sticks for the Phobians for the first time this season and in a very long time with Richmond Ayi and Richard Attah out of the match squad.

New signing Caleb Amankwah came on in the second half to make his first bow for the Rainbow team.

Derrick Afeson who also joined the Fire Boys in the second transfer window was listed as a substitute.

Hearts broke the deadlock of the game on the half hour mark as Aidoo scored his 7th goal of the campaign from the spot.

Winger Razak was fouled in the box by defender Abdulai which resulted in the penalty.

Hearts benefited from an own goal by Hafiz in the 90th minute to seal the victory as they move to the 3rd place on the league standings.