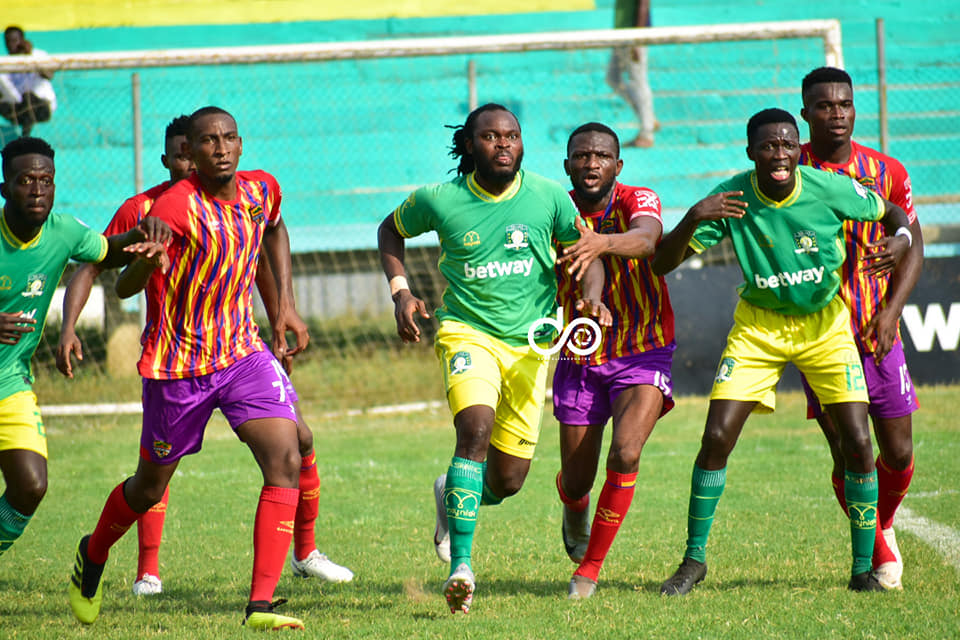 Yahaya Mohammed celebrates his goal against Hearts of Oak
Share

Yahaya Mohammed delivered on his promise as he scored in the game against Hearts of Oak to help his side record their first win of the campaign at the Nana Agyeman Badu Stadium in Dormaa.

The experienced forward had vowed to score against the Phobians in an interview on prior to the game before it was postponed due to the coronavirus concerns. 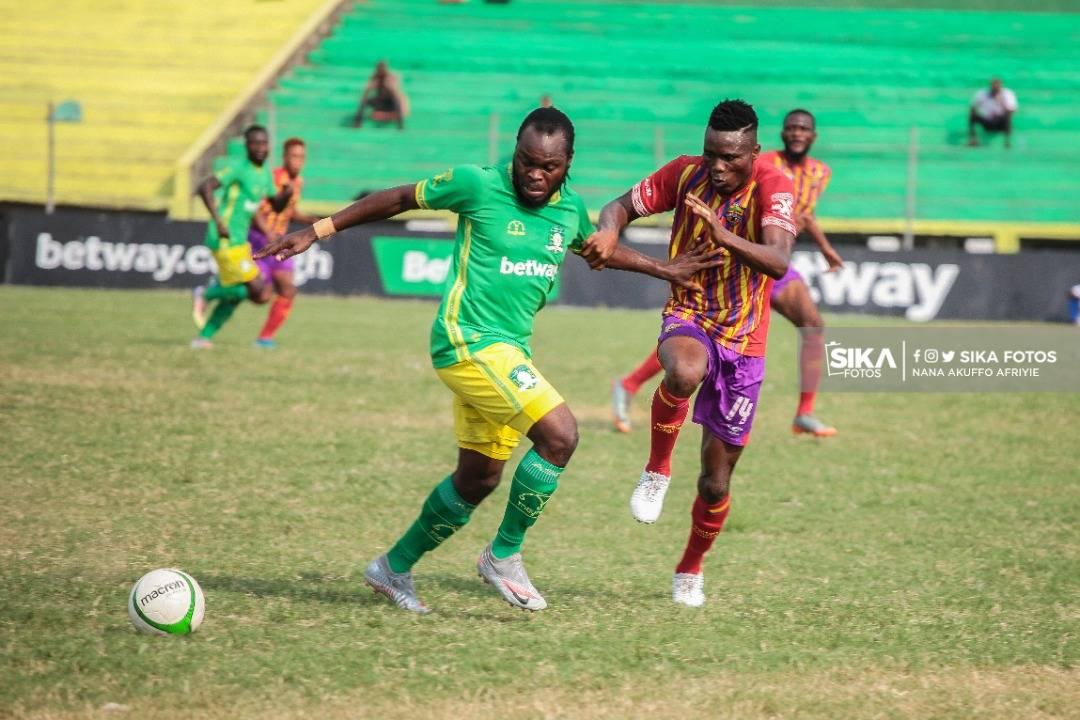 (left) Yahaya Mohammed tries to beat his marker
Yahaya Mohammed who played the game with his fitness level in doubt scored the first goal in the 44th minute of the first half helping his side to go into the break with the lead.

Prince Acquah delivered a beautiful strike from 40 yards which beat Hearts goalkeeper Richard Attah into the net as Aduana Stars increased their lead to 2-0. 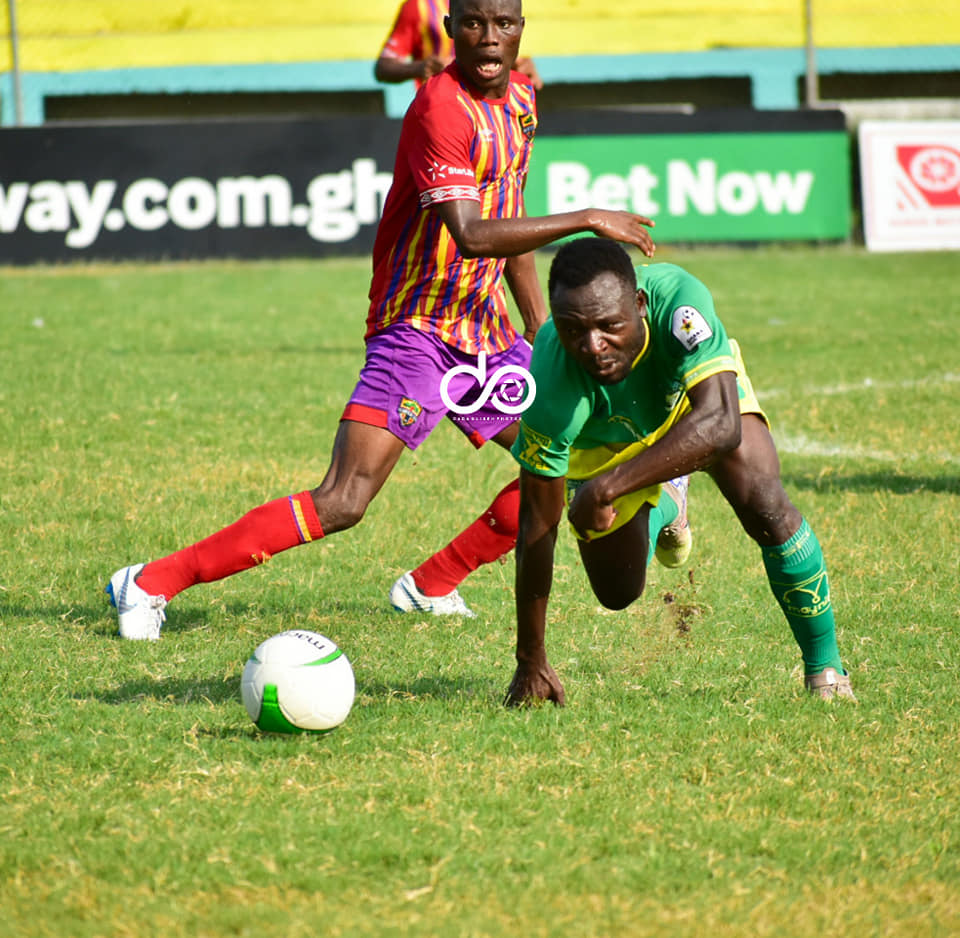 Hearts of Oak had a chance at redemption but missed a glorious opportunity from the spot-kick as Randy Ovuka’s kick was saved by Aduana Stars goalkeeper Joseph Addo. 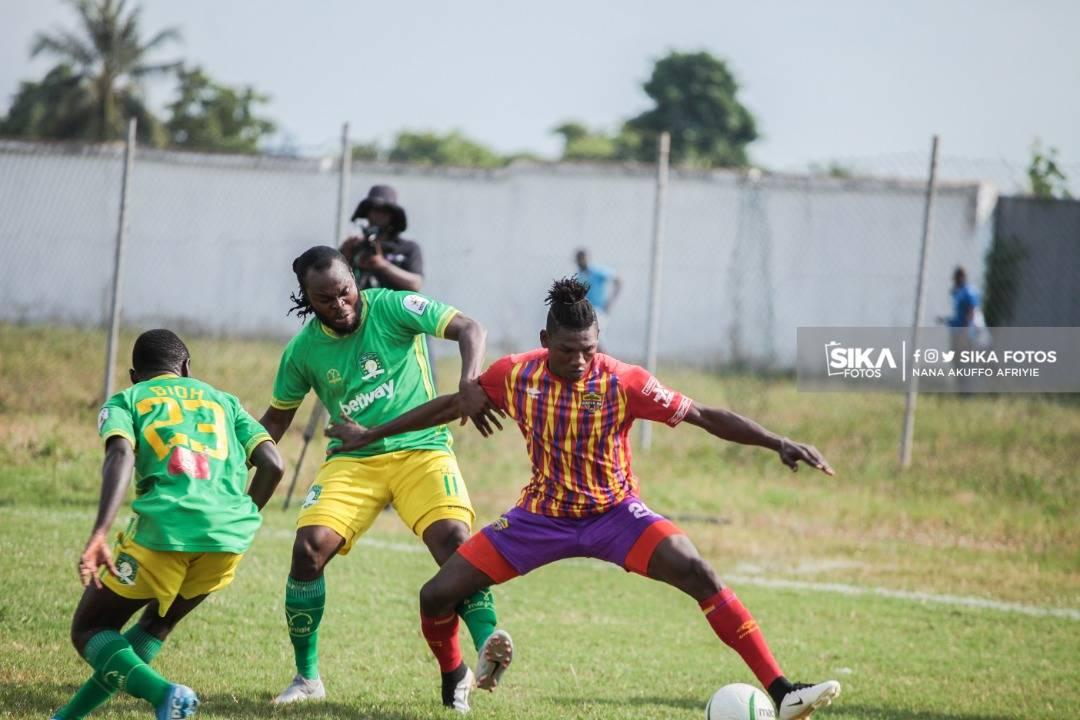 The Phobians had another chance at goal but Larry’s effort went wide for a goal kick. 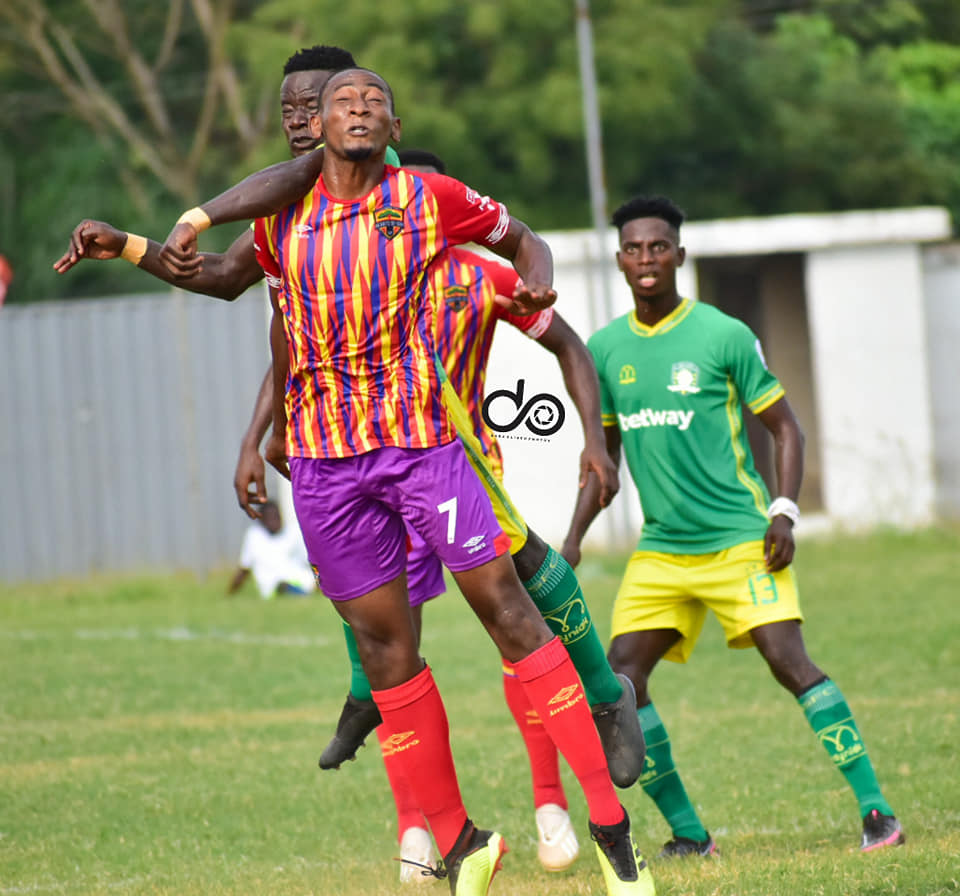 Aduana Stars have ended their winless run with the win over Hearts of Oak.