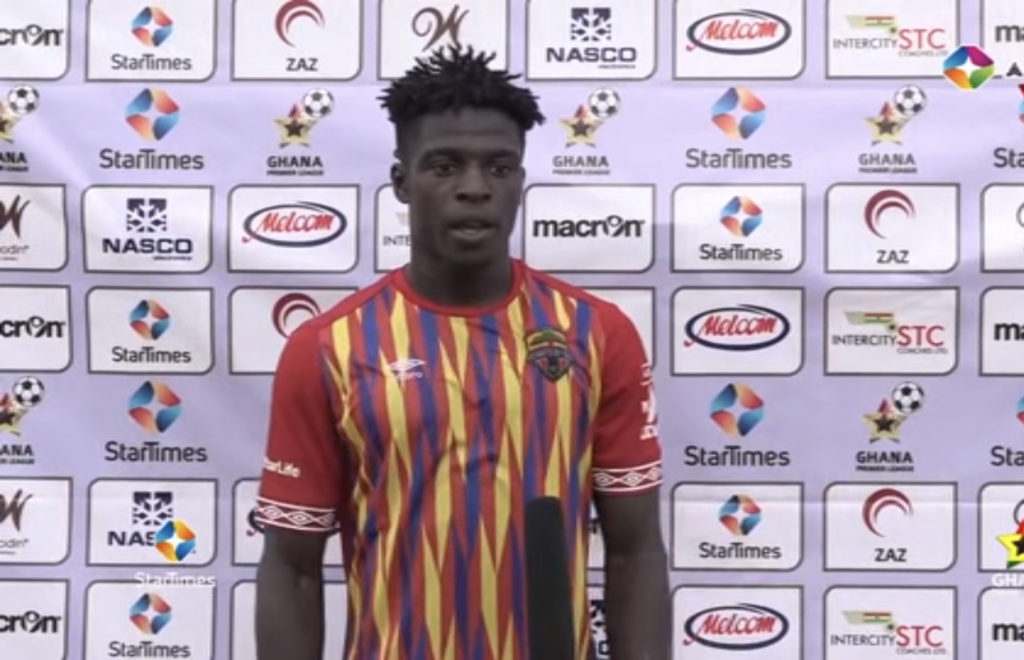 Hearts of Oak’s match winner at Liberty, Isaac Mensah has been named Man of the Match after the victory in Dansoman.

The young forward who replaced Kwadjo Obeng Jnr in the 70th minute took only six minutes to snatch the winner.

The goal was his second in four days after scoring late to hand the Phobians victory on Sunday against Dwarfs.

The game produced some brilliant moments from both sides, with the hosts coming close on three occasions in the first half.

But it was the Phobians who took advantage of the opportunity they had in the second half when Mensah came on to slot home.

The win is the second on a row for the Phobians, after a difficult run leading to the departure of Serbian trainer Kosta Papic.