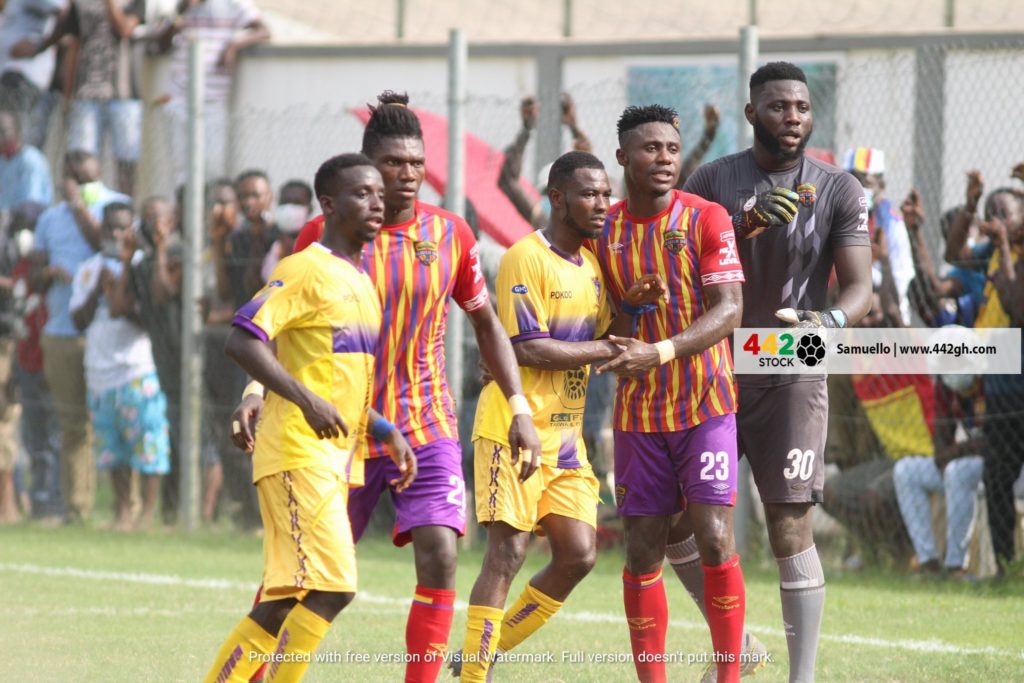 The race for the Ghana Premier League title continues this weekend on matchday 29 as Asante Kotoko and Hearts of Oak engage in tricky ties.

The two teams are on top of the table with 50 points after last weekend’s round of matches.

Hearts of Oak also secured a point against Great Olympics in the Accra derby which ended 1-1.

Ahead of this weekend’s matches Hearts of Oak host MedeamaSC at the Accra Sports Stadium whilst Asante Kotoko play away to Inter Allies at the Theatre of Dreams.

It is a must-win game for the two Ghana Premier League giants who are in the race for the league title.

Hearts of Oak after dropping points will be hoping to return to winning ways against Medeama.

It will be Coach Samuel Boadu’s first game against his former side.

Medeama defeated Karela United in the derby last weekend and will be seeking for a second straight win against Hearts of Oak.

Coach Yaw Preko who is under pressure from the supporters could be fired should he lose to Hearts of Oak on Sunday.

Asante Kotoko will also come up against relegation-threatened side Inter Allies.

Inter Allies are battling to survive relegation and will try to avoid another defeat against Asante Kotoko.

Meanwhile, the Porcupine Warriors have been in a good run of form and are favourites to win this game.

Hearts and Kotoko will clash in the week 31 fixture of the 2020/21 Ghana Premier League in what many say could be the game that decides the winner of the league.

Hearts of Oak vs Medeama