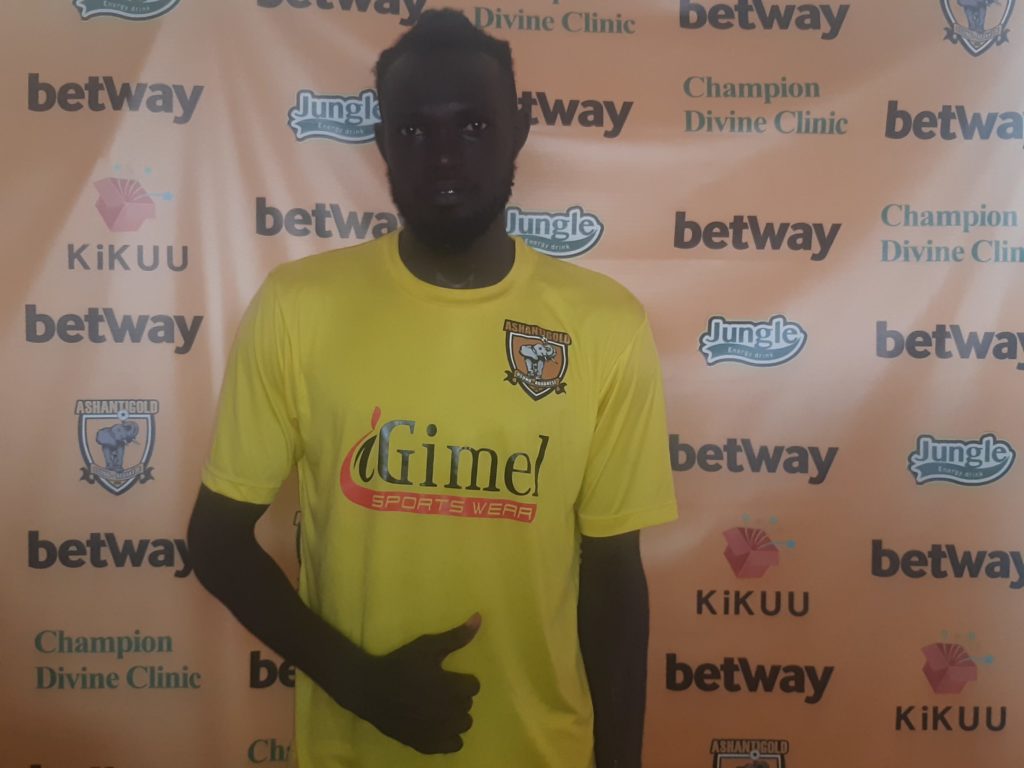 Striker Dacosta Boadu was named man of match on his debut for AshantiGold SC as they recorded their first win of the season on Sunday.

Boadu who was starting for the Miners for the very first time this campaign bagged a brace to ensure the Miners to beat Elmina Sharks FC.

AshantiGold came from behind to inflict a 4-2 defeat on Sharks.

Sharks were first to score in the game in the 3rd minute after Benjamin Bernard Boateng benefited from a goalkeeper howler.

Appiah McCarthy leveled matters two minutes into the second half with a brilliant strike from free-kick.

Boadu scored twice in the space of six minutes as he nodded home crosses from David Abagna and Roland Amouzou.

Benjamin Tweneboah pulled one back for the visitors before Abagna sealed the victory in the 90th minute.