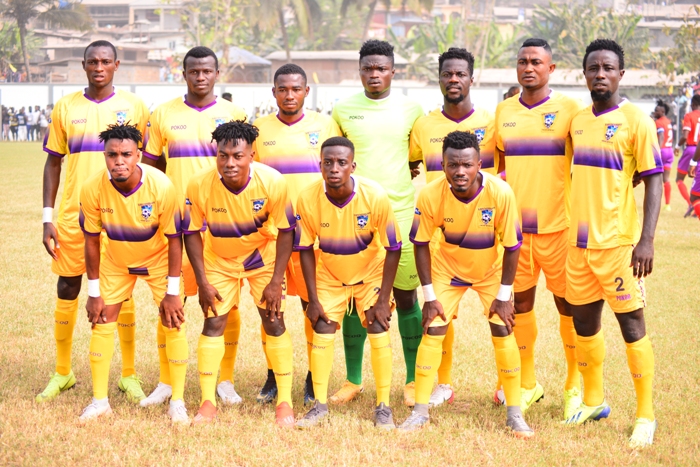 Medeama will hunt for a winning start to the 2020-21 season when they host Great Olympics in Tarkwa on Sunday - a winning start needed if they are to have any real hope of challenging Asante Kotoko and Hearts of Oak this season.

The Mauve and Yellow welcome star midfielder Justice Blay back to the team after an successful loan spell at Asante Kotoko.

Medeama have brought in six seven new players to augment the squad ahead of the new campaign.

They have also signed versatile Kwadwo Asamoah as well as goalkeeper Frank Boateng to augment their squad.

Great Olympics have augmented their squad with several experienced players in their ranks including captain Gladson Awako.

Great Olympics lost 1-0 at the same venue in the 2020-21 truncated Premier League.

The Accra side will be hoping to make it count as they make the long journey to the mining town to battle a rejuvenated Mauve and Yellow side.

Medeama will be keen to build momentum against Olympics after coming close to the Premier League title on two occasions.

Team News: Kwasi Donsu will miss the match due to injury while it remains to be seen if new signing Kwadwo Asamoah will get his first start.