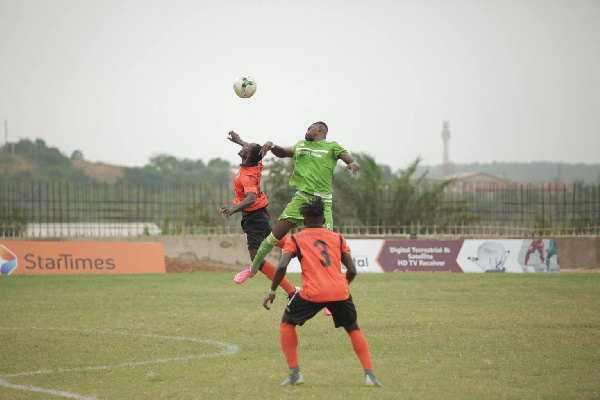 Elmina Sharks will welcome Bechem United at the Ndoum Park for matchday 10 of the Ghana Premier League on Sunday, 24th January 2021.

Both teams head into the game without a win in their last three matches.

Sharks' last win this season came on matchday 6 when they defeated Inter Allies 1-0, but have since lost to Karela United before back to back draws against Hearts of Oak and King Faisal.

The Hunters are yet to rediscover their early-season form after suffering their heaviest defeat of the campaign against Hearts of Oak. A match they lost 6-1.

That has been followed by home draws against King Faisal and Dreams FC.

The Hunters seem to be struggling with goal-scoring with their last two goals coming from defender and captain Moro Salifu.

Meanwhile, Sharks have been reliant on experienced midfielder James Bissue, who has burst into life since returning to the local scene.

The two sides have met three times since 2017, with each side recording a win before a thrilling 3-3 draw in 2018.

Sharks currently lie 10th on the table and will be hoping to extend fourth-place side Bechem United's winless run on Sunday.