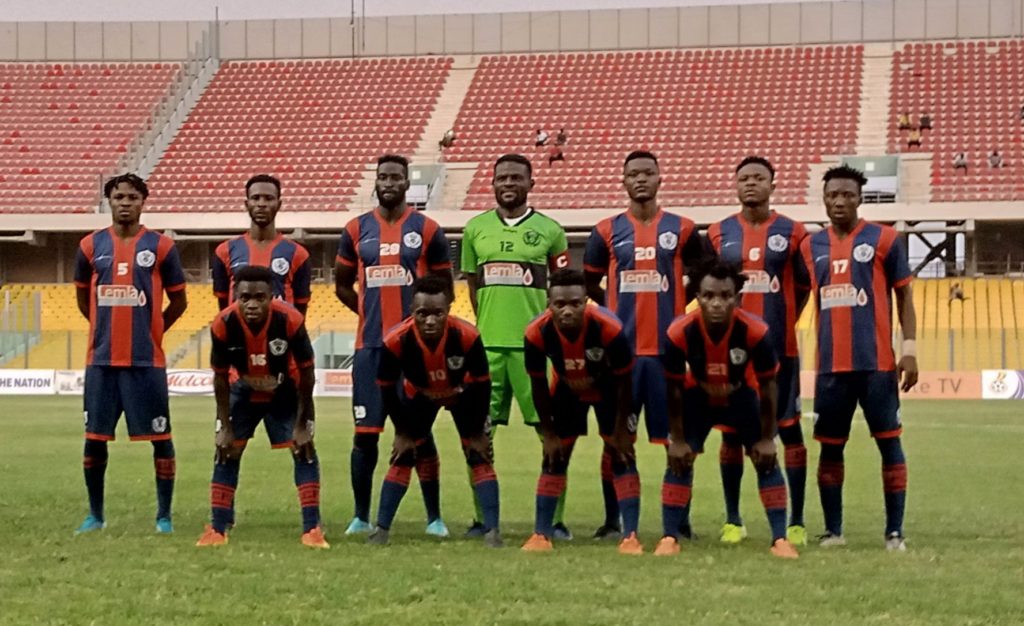 Legon Cities FC recorded their second victory of the season after producing their very best to beat AshantiGold SC 5-2 on Friday at the Accra Sports Stadium.

The Royals make back-to-back home wins for the very first time this season in the Ghana Premier League.

The win sees Cities move out of the relegation places as they move to the 15th position on the league standings.

Bashir Hayford made three alterations to his squad that lost 2-1 to Aduana Stars last weekend in Dormaa with the return of Baba Mahama from suspension.

Serbian trainer Milovan Cirkovic also made just one change to his team that drew 0-0 with Medeama SC last Sunday at the Len Clay Stadium in Obuasi.

AshantiGold got their noses in front as early as the 6th minute after Yaw Annor took advantage of a blunder by goalkeeper Fatau Dauda.

The Miners' lead lasted only three minutes as Moro's sumptuous strike drew the hosts level in the 9th minute.

Annor restored the advantage for AshantiGold in the 31st minute whilst Cities pulled parity on the stroke of halftime through Jonah Attuquaye.

Man of the match Mahama put the Royals ahead just four minutes after the break.

Two goals from youngster Cudjoe in 10 minutes sealed the emphatic victory for Cities as they record their second win of the campaign.

AshantiGold got the opportunity to reduce the deficit as a penalty was awarded to them but Annor failed to find the back of the as goalkeeper Dauda saved it.

Cities ended the match with 10 men after central defender Nicholas Mensah was sent off for a cynical tackle.

Cities will take on Inter Allies FC in a regional derby in match day 11 whereas AshantiGold tackle Asante Kotoko SC in the Asanteman Derby on next Sunday.