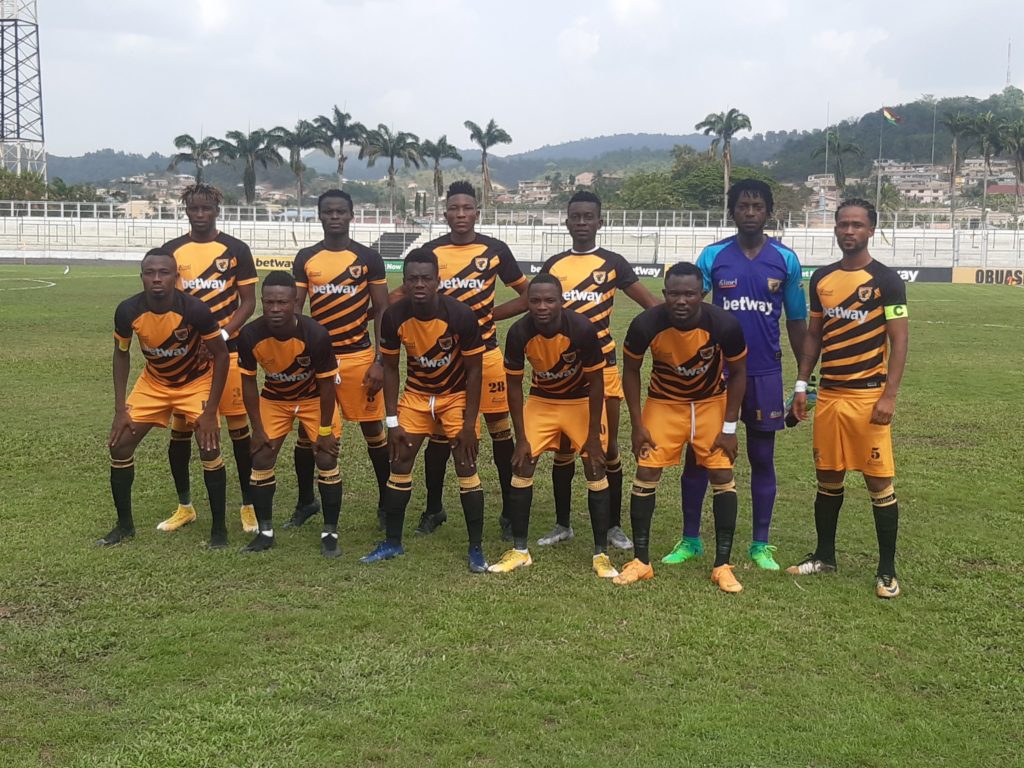 AshantiGold SC got back to winning ways as they recorded an emphatic 4-0 victory over Aduana Stars at the Len Clay Stadium in Obuasi on Friday.

The Miners had gone six matches without a single win having picked only three points from a possible 18 points.

Samed Ibrahim returned to the starting lineup in place of Kwame Moses.

Samuel Kwesi Fabin on the other hand made three changes to his Aduana team that suffered a 4-2 defeat at Dreams FC last weekend in Dawu.

Experienced defender Emmanuel Akuoko returned for a starting role as he replaced the suspended Farouk Adams.

Charles Gyamfi Camara and Jean Flavien Kongoza came in for Fataw Abdulman and Emmanuel Osei Baffour for the Fire Boys.

The Miners got their noses in front in the 27th minute through Frank Akoto from the spot kick following a handball incident inside the visitors' box.

Kwadwo Amoako with a timely goal line clearance in the 57th minute to deny Aduana a consolation.

Abagna increased the advantage for AshantiGold in the 64th minute as he headed home a fine cross from Jacob Asiedu Apau on the right.

Abagna made it four for the Gold and Black outfit with his second goal of the game after awesomely curling a pass from Akoto.

The Miners move from 10th to the 6th position on the league standings with the resounding victory.

Aduana sink one place on the standings from 6th position to 7th having recorded back-to-back defeats.

AshantiGold travel to Dawu to take on in-form Dreams next Thursday whereas Aduana host Inter Allies FC at Dormaa Ahenkro next Sunday on match day 16.