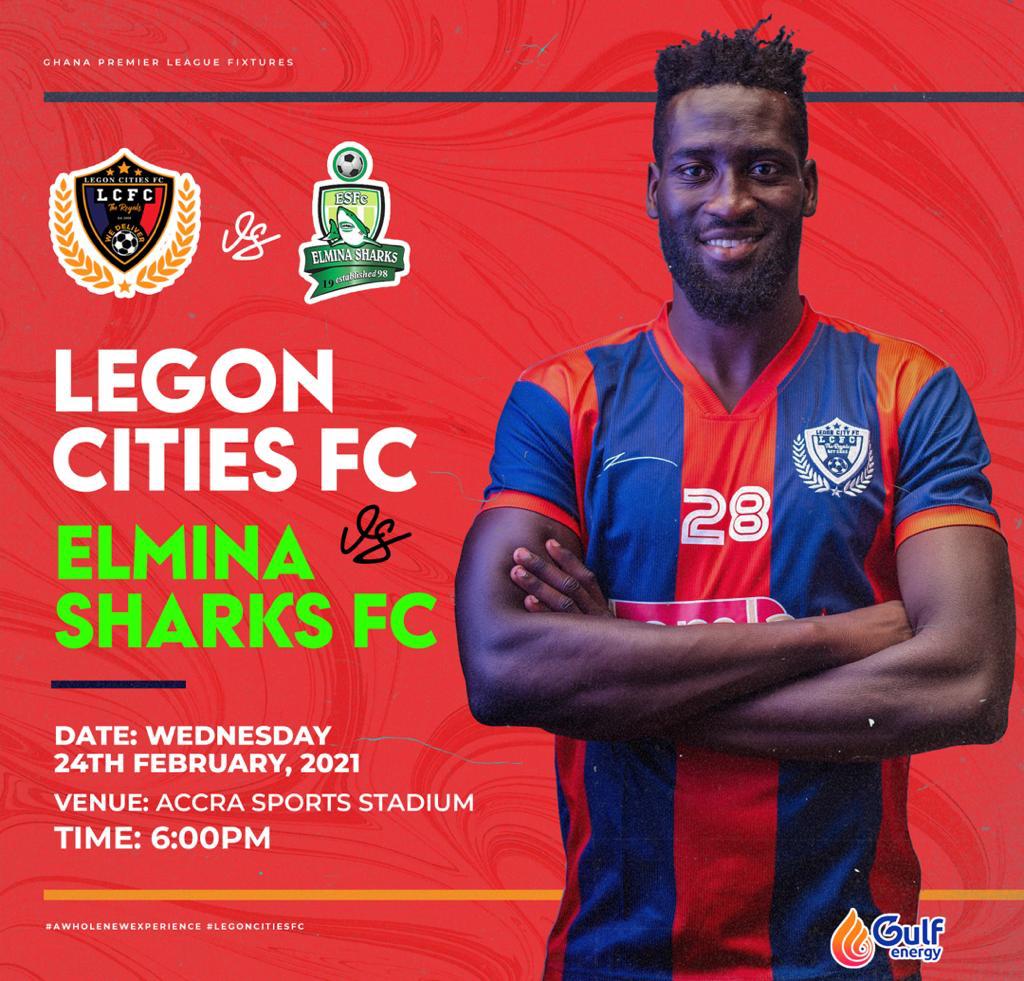 Legon Cities will be hoping to extend their recent run of unbeaten games to seven when they host struggling Elmina Sharks at the Accra Sports Stadium on Wednesday.

Coach Bashiru Hayford's side have not lost a game since falling to Aduana Stars on matchday 9.

The Royals have won two and drawn four in their last six games including a last-minute equalizer at Bechem United last week.

Meanwhile, their opponents Elmina Sharks are without a win since beating Bechem United on January 24, 2021.

Elmina Sharks have been punished for defying COVID-19 protocols in their defeat at home against Medeama SC.

Legon Cities will be without teen sensation Mathew Anim Cudjoe, who is with the Black Satellites at the Africa U-20 Cup of Nations in Mauritania. They have also severed ties with Nicholas Gyan.

Newboy Hans Kwoffie proved important to his new club after winning Man of the Match in their 1-1 draw at Bechem United last week.

Elmina Sharks will be looking for inspiration in Benjamin Tweneboah and James Bissue, having lost influential midfielder, Benjamin Arthur.

The two sides have met four times in the Ghana Premier League, with each winning a game apiece and two draws.