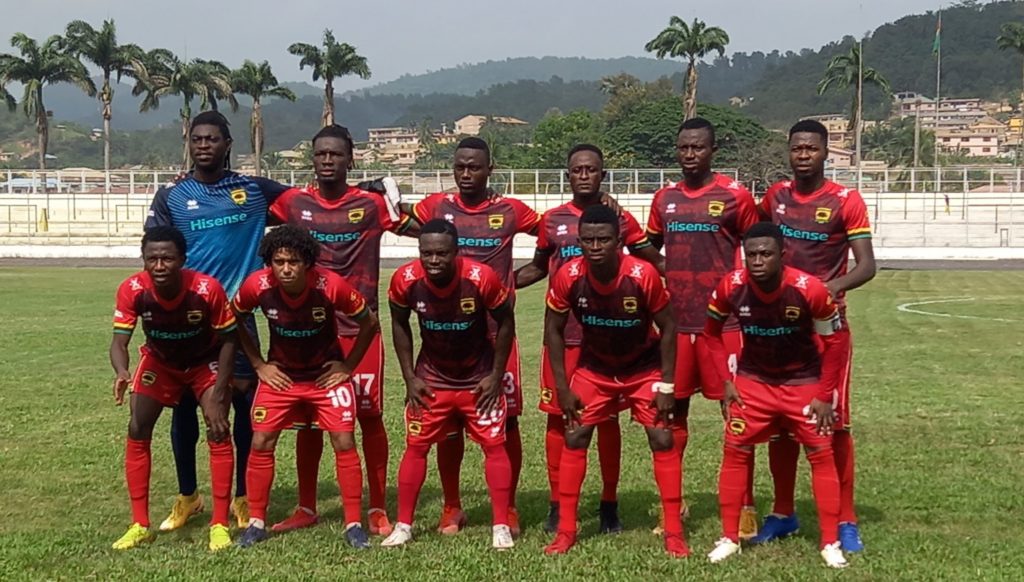 Asante Kotoko SC moved to the third position on the Ghana Premier League on Wednesday after whipping Bechem United 4-0 in their outstanding fixture.

It was a day for the Brazilians at the Len Clay Stadium in Obuasi as Fabio Gama dos Santos and new striker Michael Vinícius Silva de Morais were all on target.

The Porcupines opened the scoring in the 13th minute through Abdul Ganiu Ismail who was set up by Gama dos Santos following a free kick.

The Brazilian playmaker netted the second goal on the stroke of halftime after connecting a pass from Augustine Okrah.

Asante Kotoko increased their advantage in the 60th minute where new recruit Kumi headed home a sweet cross from the left.

Vinicius Silva who was only making his very first appearance in the Red shirt pounced on a rebound to make an instant impact seven minutes from full-time.

This win is also the first for Portuguese trainer who took over the club in about a fortnight ago.