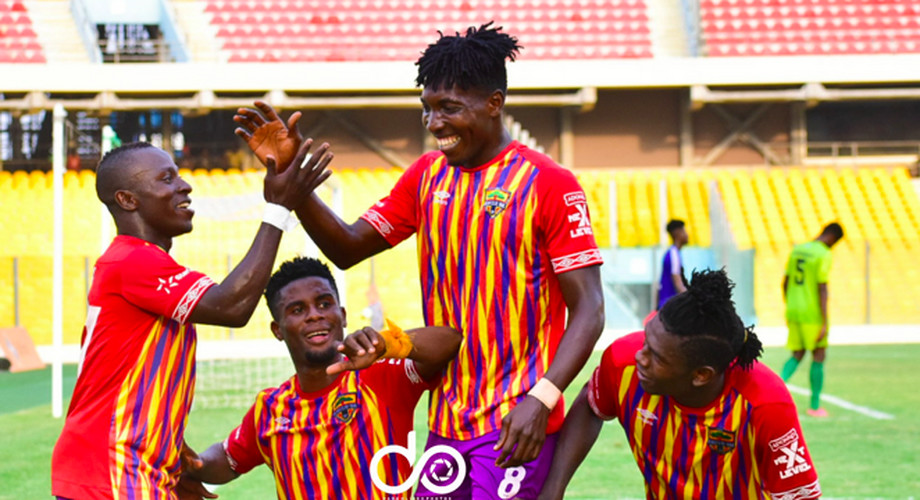 The biggest fixture of the 18th round of the Ghana Premier League is the one that comes off at the Accra Sports Stadium on Sunday.

Hearts of Oak open the second round of the season as they host familiar foes Aduana Stars on Sunday evening.

The Phobians are aiming to continue from where the ended in the first round.

Hearts in the last five games to end the first half of the campaign where they won three and drew twice.

Samuel Boadu took over the head coach role from Kosta Papic and won 4-0 in the last game against WAFA SC.

Boadu would want to keep it a 100% from two games by beating Aduana on Sunday.

Left back Raddy Ovouka Hokemba has rejoined the squad after making his national team debut with Congo in the 2021 Africa Cup of Nations qualifications last weekend.

Salifu Ibrahim is in contention for his first start in Phobian colours this weekend since joining from Eleven Wonders.

New signing Caleb Amankwah is expected to make his debut for Hearts and it would be against his former club Aduana.

Aduana have been getting appreciable results in their recent Ghana Premier League outings to Hearts of Oak with the last visit ending in an entertaining 3-3 draw.

The Fire Boys have lost only once and drawn the other five in their last six matches as guests to the Phobians in Accra.

Aduana have had it tough at away this season having managed just one win from nine as they have lost five times and draw the other.

The Dormaa based club shipped in 10 goals in their last three matches on the road and as poised to change the status quo against the Phobians.

New trainer Asare Bediako is leading the Fire Boys against his former employers.

Bediako was assistant coach at Hearts before resigning to switch camp to Aduana.

Benjamin Tweneboah who joined on a free transfer in the second transfer window is line to mark his debut on Sunday if selected.