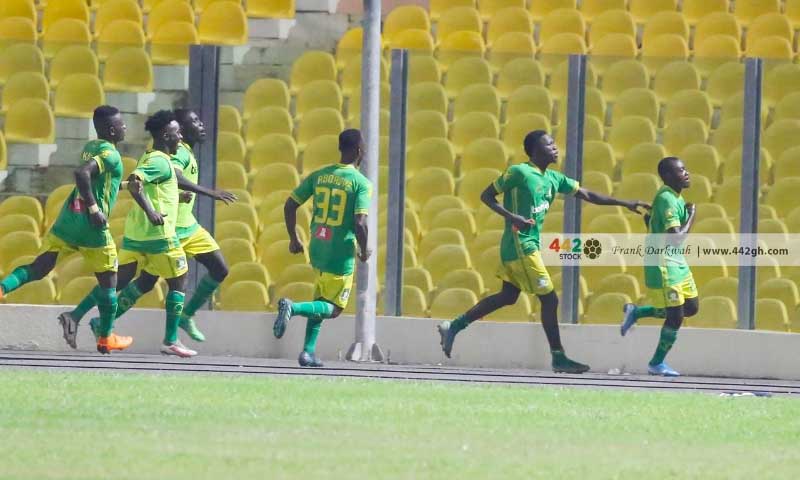 Two times Ghana Premier League champions Aduana Stars will be hoping to bounce back from a poor start to the second round when they hosts strugglers King Faisal at the Nana Agyeman Badu Park on Sunday.

The 'Ogya' Boys suffered a 2-0 defeat to Hearts of Oak last week to make it back to back losses in the domestic league.

Aduana have won only two of their last five games, which also includes defeat to Dreams FC (4-2) and Ashantigold (4-0). The 2018 champions have failed to find a replacement for Caleb Ekuban who left for Hearts of Oak.

Meanwhile, King Faisal have won only a game in their last five matches, with the only win against Liberty Professionals.

The In Sha Allah Boys are coming into the game after a goalless draw against Academy Boys WAFA in Techiman last week.

Both sides made technical changes before the start of the second round with Aduana employing the services of Asare Bediako as King Faisal engaged Turkish trainer Kasim Gokyildiz.

Aduana however have been strong at home and expect secure all three points on Sunday.